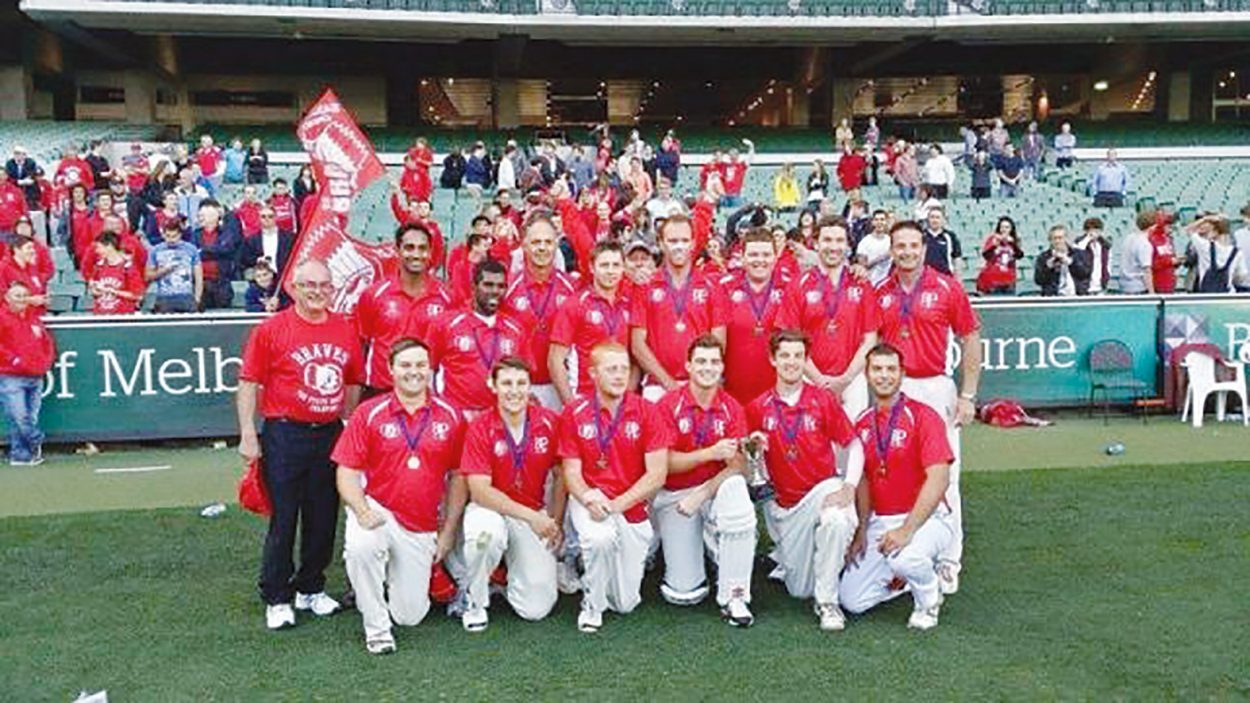 Doutta Stars were bowled out for 65 before the Braves got the runs with four wickets down.

Rhys Elmi top-scored with 17 while Sam Mullavey was not out at the end on 10.

After winning its opening four matches of the Country Week titles, the MPCA could not track down the 209 set by Geelong in the grand final at the Melbourne Cricket Ground.

It was another brilliant performance from the MPCA and there were many highlights throughout the carnival.

The MPCA rolled the opposition for 92 before scoring 7/339. Carrum’s Shaun Foster scored 105 and Phillips 100 in the big win, while Long Island teammate Justin Bridgeman hit 51 and Main Ridge’s Gareth Wyatt an unbeaten 46.

In the second match against Murray Valley, Foster was among the runs again, top-scoring with 74, while skipper Daniel Warwick scored 31. The MPCA scored 186 in reply to the opposition’s 9/145 in 50 overs.

Phillips was again among the wickets with 3/23 while Mornington’s Luke Popov and Lyle House each picked up two wickets.

The MPCA played Sale-Maffra on the third day, winning comfortably with plenty of overs to spare.

Long Island pace partners Andrew Tweddle and Phillips snared 3/32 and 3/21 respectively, while Delacombe Park skipper Chris Brittain picked up 2/37. In the run chase, it was Phillips who starred with the bat with 90, while POB gloveman Wade Pelzer scored an unbeaten 41.

Against Bendigo on day four, the MPCA batted first and scored 8/186, Warwick scoring 50, Brittain 32 and Irving 30.

The team then bowled out Bendigo for just 123 in 30 overs, Wyatt picking up 2/1 off four balls, while Popov and Irving also snared two wickets each.

O’Malley on fire
The Mornington Peninsula Cricket Association also had a team playing in Division Two of the championships.

While they didn’t share the same success as the Division One team, it provided some of the young stars of the competition with a taste of representative cricket.

In the first match against Traralgon, Carrum 18-year-old quick Lachy Dobson took 3/30 and Langwarrin teenager Matt Davie snared 3/40. Boneo’s Spencer Byatt top-scored with 58 in the first game and finished the carnival with 89 runs.

The MPCA had success in the third match against Hamilton, winning by more than 100 runs. O’Malley clubbed a massive 151 while Paxton helped himself to 62.

In the final game against Yarra Valley, the MPCA was at his best again, winning by 111 runs.

Paxton hit 50 and took 3/34 and O’Malley scored 47 to finish a wonderful carnival personally.