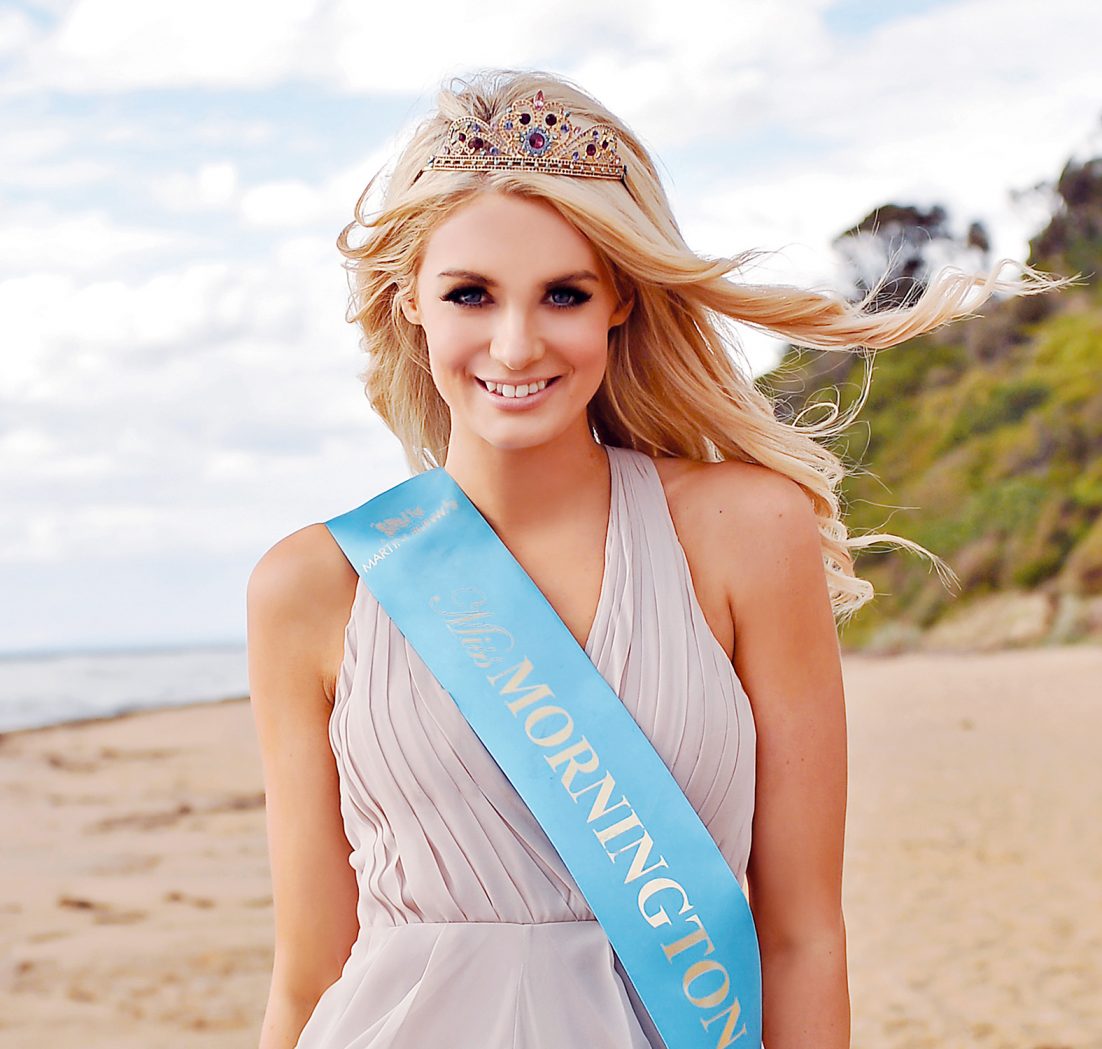 The 25-year-old Hastings resident is representing the Mornington Peninsula as one of four Victorian finalists in the Miss Galaxy Australia pageant.

Having previously competed in the Miss World and Miss Humanity pageants, Ms Martini hit new heights after being selected as a national finalist in the international pageant.

Should she win the Miss Australia title at next month’s national finals in Queensland, she’ll be heading to the United States to compete with the world’s most beautiful women for the Miss Galaxy crown.

“Unlike other pageants, you don’t need to be a supermodel to enter Miss Galaxy,” she said. “There are no height or weight restrictions so it’s really about beauty within.

“The competition encourages participants to be involved with their community and it places a strong emphasis on charity work.

“So it’s all about getting out into the community and supporting local causes and events as well as helping with fundraising activities.”

Ms Martini said she was usually involved with Pink Ribbon Day, but the competition’s chosen Australian charities were the Make a Wish Foundation and Australia Zoo’s Wildlife Warriors program. Victorian participants have so far raised $43,000.

She is hosting a a charity movie screening of Russell Crowe’s latest film Noah at Mornington Cinema on Thursday 3 April to raise funds for the charities before she heads off for the four-day national finals pageant on 9 April.

The secret to success in a competition like Miss Galaxy was “being true to yourself”, she said, adding that pageants gave women a voice to raise issues close to their hearts.

“You can’t be fake or try to be someone you’re not,” she said. “Sincerity always shines through and anyone not being true to themselves is quickly found out.”

For more information on the movie night and Ms Martini’s quest, visit www.facebook.com/jessicamartini2014.