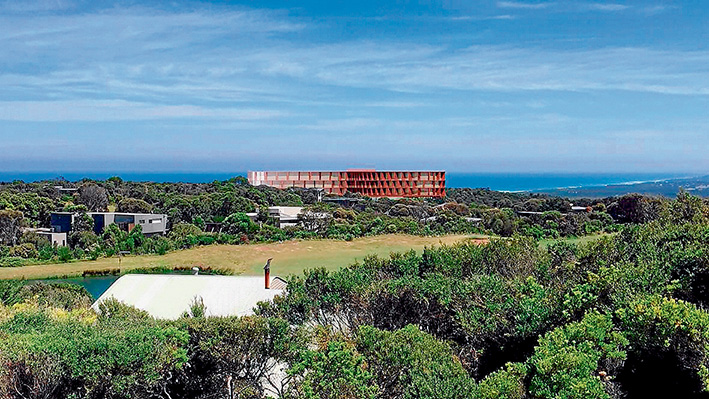 SHIRE councillors have been told to get on with the job and vote on the RACV’s contentious Cape Schanck resort expansion.

Councillors baulked at voting on the $135 million project mid-May when they got cold feet over potential conflict of interest.

This was despite the council having legal advice from its lawyers Maddocks that councillors who were members of RACV roadside assist could vote on the controversial project.

The council also had advice from Local Government Victoria, which said councillors were clear to vote.

But a third legal opinion obtained by one of the councillors spooked the council and a planning meeting was cancelled just hours before it was due to start.

The council then sought a formal exemption from Local Government Minister Natalie Hutchins but she told the council last week that she would not issue a formal exemption. In the meantime, the resort had been taken off the agenda of the 22 June meeting at Hastings.

Last Friday, the shire’s communications manager Todd Trimble told The News that “the Minister did not issue a formal ruling and has instead advised that individual councillors need to determine if they have a conflict of interest”.

He said the matter would be debated at the 13 July council meeting at Rosebud.

Five councillors out of 11 are RACV members so even if there had been a conflict the council would still have had a quorum of six and the matter could have gone to a vote.

The RACV resort is not an issue that has divided the council like, for example, the ill-fated Southern Peninsula Aquatic Centre on the foreshore at Rosebud, which split the council 6-5 for almost three years from early 2012.

Councillors are expected to approve the resort on 13 July, despite solid opposition from Cape Schanck residents who initially supported the concept but reversed their positions after seeing plans for a building of five storeys that will be almost 30 metres high including about 11 metres above the ridge line. About 200 homes and the National Golf Club were required to stay below the ridge line.

The RACV wants to demolish the existing clubhouse and construct a building to accommodate 650 conference delegates, up from the existing 250 limit. It will have 120 rooms, a restaurant for 140 people and a cafe for 44 people, generating a major increase in traffic.

On Friday, local state MP Martin Dixon, who has been critical of councillors not voting on the resort, said the Minister for Local Government had “cleared the way for the council, as the responsible authority, to finally make a decision and vote on the proposed RACV resort at Cape Schanck”.

“The community rightly expects all prevarication over voting on the RACV project to be put to bed and that, subject to any genuine conflicts of interest, a full quota of councillors can properly exercise their vote as the responsible authority.”

Councillors have been leery about conflict of interest since Cr Graham Pittock was fined $4000 plus massive costs in September 2014 after the Local Government Inspectorate took legal action in 2012 over him voting on Southern Peninsula Aquatic Centre matters in 2012. SPA was to have a gym and Cr Pittock owns a gym in Dromana, 10km from the now-abandoned SPA site.

A spokeswoman for objectors, Irene Wyld, said councillors’ only concern when voting should be ‘does it comply with the planning scheme’?

“We think it doesn’t comply and a 2014 VCAT ruling against a shire planning decision seems to support our view,” she said.

“We’ve made it very clear to the RACV and the council that we’re not anti-development; we just want compromise.

“The RACV’s Healesville and Inverloch properties sit unobtrusively in their landscape and provide economic benefits to their regions. Is it too much to ask of the RACV that they do the same at Cape Schanck? It’s in council’s hands.

“Everyone keeps talking about the economic benefit that will come from the resort but is the council aware the RACV was successful in having its Torquay complex revalued, which saw the council’s rate bill cut by $230,000?”