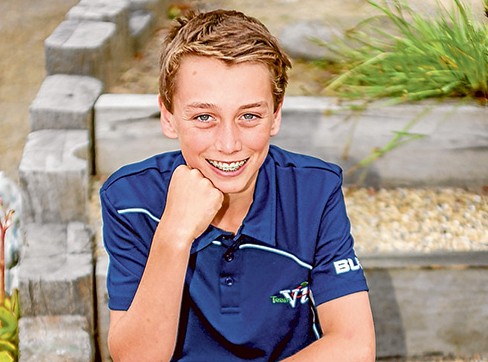 Believed to be the first Somerville junior to compete at this level, he will be among more than 100 junior athletes from schools all over the country.

The grade 6 pupil, 12, has competed locally for Western Port Little Athletics Club for the past seven years as well as Frankston Athletics Club.

Parents Daniel and Monica are proud of Aiden’s success: “He has won the state triple jump for the past two years but that doesn’t go to the nationals, so he switched to the long jump and came second to qualify,” Mr Hinson said.

“His next major challenge is the All Juniors Nationals in Perth in March for which he qualified by winning the triple jump. His best jump is 11.13 metres.”

Aiden came fifth in the triple jump and seventh in the long jump at the recent All Schools’ Secondary Competition.

“He was competing against boys a year older and in secondary school, so he did very well,” Mr Hinson said.