Objectors ‘no’ to fairway carve-up 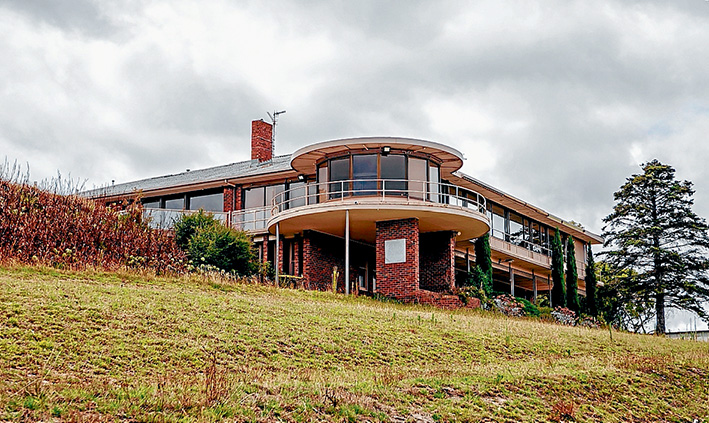 NEIGHBOURS of the former Carrington Park Club, Rosebud, met last week to consider their objections to development plans for the site.

They believe a proposed subdivision, of greater scale than originally planned, will have a serious impact on the character of their area.

Deb and Howard Vorwerk said 29 neighbours met to discuss their concerns before the shire’s deadline for objections expires on 4 March.

The 3.27 hectare site in Elizabeth Drive includes the former 75-year-old clubhouse – the once-private residence of the Moran family of Moran and Cato grocery store fame – bought by developer Storemaker Pty Ltd in 2013 for about $2.2 million.

The purchase reportedly saved the club from financial ruin but “marked the end of an era” (The News, 22/10/13), and prompted many members to transfer to Eagle Ridge golf course, Rye.

It was reported at the time that the developer planned to build “seven or eight houses on the land, which is high up on the Arthurs Seat escarpment overlooking the southern peninsula, Port Phillip, Bass Strait and even the towers of Melbourne on a clear day – a million dollar view”.

But new plans for the site have objectors up in arms. Objector Roger Vella says the developers want to double the number of blocks to 14, remove vegetation and reduce lot sizes from 1500 square metres to 707 square metres. The plans also seek to have the clubhouse divided into six dwellings and not the original four.

“We are seeking to protect the integrity and the character of the neighbourhood, including the existing vegetation and habitat corridors.”

The developer’s intentions are spelled out in a notice on display at the club advising of plans to delete the environmental significance overlay, apply a development plan overlay and apply a heritage overlay “to enable the integrated redevelopment and subdivision of the site without further notice to affected persons”.

Mr Vella: “If they are successful with this proposal, it means the existing club house will be subdivided into six separate dwellings with an additional third-floor extension creating a three-storey building.

“It would mean they could subdivide the remaining land area into 14 separate lots of between 707-999 square metres. This would be 11 more blocks than are possible under the current zoning.”

Mr Vorwerk said the original plans for four units in the renovated clubhouse and three blocks of 1500 square metres surrounding it satisfied Green Wedge requirements “and we were OK with that”.

“But creating blocks of 707-999 square metres does not recognise the significance of the site or its interaction with the environment.”

The club house building is on the shire’s Heritage Watch list.  However, it is not yet recognised under a Heritage Overlay and a review is a couple of months away.

The developers want to voluntarily apply a Heritage Overlay. They say the hipped roof and chimneys do not form a significant part of the building and want them demolished.

The objectors say the shire’s heritage advisor identifies the hipped roof as greatly contributing to the building’s significance – “as does Dr Tronn Overend, son of the architect, Best Overend”.

Mr Vorwerk said blocks on nearby McLaren Ct and Danina Crt were all sub-divided at 2000 metres on average “so they would blend in with the environment”.

He said: “We would like development that is appropriate to the site but now they [the developers] just seem to be going for whatever is possible.

“While we have serious concerns about the current proposal we would like to encourage development that retains the Carrington Hall original building form, with development being within the current wall and roof lines.

“[The new building] should respect the neighbourhood character of the area; have regard for the established landscape and streetscape, and maintain the natural skyline of the ridge and escarpment without adding obtrusive building silhouettes.”