Awaiting the call on Carrington revamp 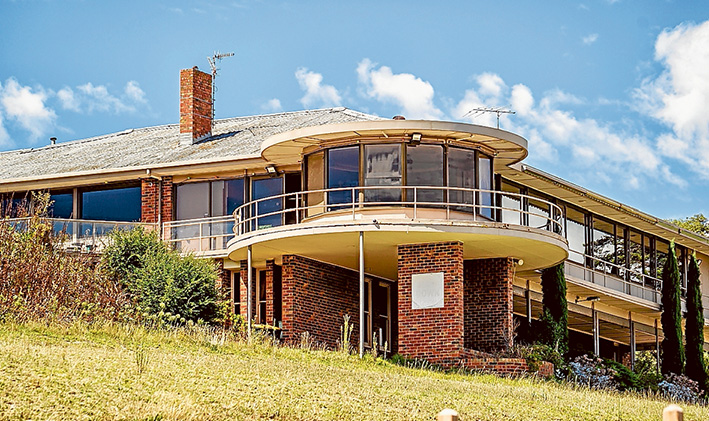 SUBMISSIONS for and against redevelopment of the old Carrington Park Club in Rosebud closed Friday.

Mornington Peninsula Shire will assess whether the proposal should be passed to an expert panel for its recommendations, before a final say by Planning Minister Richard Wynne.

The owner, Storemaker Pty Ltd, which bought the 3.27 hectare site in 2013 for about $2.2 million, claims its redevelopment will enhance the building’s heritage value and complement its original style.

It says building six apartments inside the residence is the only feasible option, and that the lot subdivisions will be larger than surrounding home sites.

But neighbours fighting “to protect the integrity and character of the area” are adamant the building’s perceived heritage values will be devalued by the proposed works.

They say retaining the inter-war period features of the 75-year-old clubhouse in their original state – without extending the height of the building to three storeys as the new owners propose – are the keys to retaining its heritage values and enhancing the area’s amenity.

“Putting to one side how a second storey extension could be sympathetically imposed on this perspective, a flat roof … would simply look silly with the scale of the walls,” Mr Overend said.

“Alarm bells should ring on the proposal that the deck will be enlarged and posts removed. Original photos show that the thin steel posts are an integral feature … Clearly these might be insufficient with a significantly larger deck, but a larger deck and larger columns will simply destroy the only elevation the developer’s think is significant.”

Storemaker’s Larry Tyler quotes heritage architects Lovell and Chen as saying the hip roof “retains no architectural significance at all”.

He says the roof is “full of asbestos and dangerous” and that the round corner roof is the outstanding feature.

Also, that building the third storey for two more apartments – a total of six instead of the mooted four – is required to make the clubhouse design “feasible”.

Mr Tyler, who lives nearby, is adamant retention of the building’s heritage value is front and centre of the redevelopment plans.

“Lovell and Chen heritage architects say we could virtually gut the place but that’s not how we want to go about it,” he said.

“We are not heritage vandals, we are the exact opposite.

“The building is falling apart and there were indications repairs would cost $750,000-$1 million when the Carrington Park club owned it.

“We plan to retain the heritage features, including the original staircase and the balcony.

“The average size of the proposed six apartments is 150 square metres, including balconies. They are either two or three bedrooms, depending on the configuration.”

Mr Tyler said lot sizes would be “at least as large, or larger, than surrounding blocks – not smaller”.

“We will add to public space and ease the fire danger by removing non-natives and weeds.”

Carrington Park, in Elizabeth St, was built in 1941 for Leonard and Muriel Moran of the Moran and Cato retail empire. It was Mr Overend’s largest single residential commission and is regarded as one of the last grand “country seat” residences of inter-war Functionalist style, with lavish reception rooms and servants’ quarters.

Since 1964, it operated as the Carrington Park Club. The residence was refurbished for its new function with public toilets, locker rooms, kitchens and a bar, although key spaces such as the entry foyer, stairwell and distinctive timber-panelled billiard and dining rooms were left largely untouched.