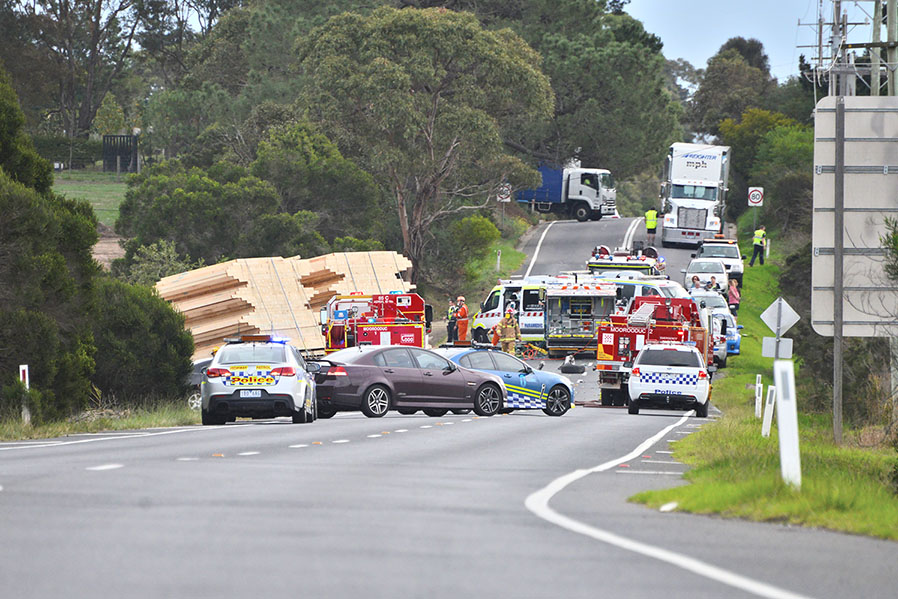 BUNGOWER Rd in Mornington was blocked to through traffic for nine hours, Thursday, after a collision between a car and a truck.

The man driving the Toyota Prado was trapped inside for more than an hour and his car written off in the incident, which forced the closured of the road between Racecourse Rd and Moorooduc Hwy, 2.30-11.30pm.

He was taken to the Royal Melbourne Hospital where his condition, Friday, was described as “good”.

Senior Constable Paul Holtzinger, of Mornington Peninsula Highway Patrol, said he had rung the hospital “three times in the past 24 hours” to check on the 52 year old man, of Cranbourne North.

He said the vehicles had clipped each other while going in opposite directions. There was also a small diesel spill.

Dashcam footage from the man’s car was being assessed Friday and witnesses interviewed.

The driver of the truck was unhurt.