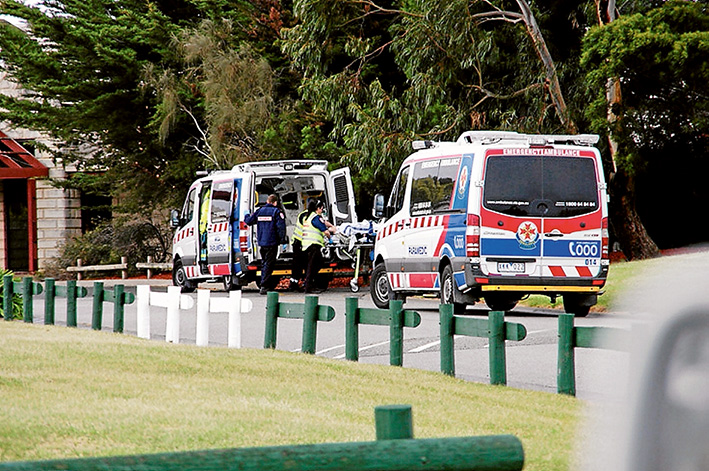 EMERGENCY ambulance response times have improved across the Mornington Peninsula in the past 12 months, but are still falling short of best practice targets for emergency call-outs.

Data released by Ambulance Victoria shows 70.6 per cent of code one calls in 2015-16 were responded to within 15 minutes.

The Ambulance Victoria target for under 15 minutes response times for areas with a population greater than 7500 is 90 per cent.

“With ambulance response times now the best they have been in five years, this shows what can be achieved by working together with our paramedics – instead of declaring war on them like the Liberals did,” Ms Hennessy subsequently said in a statement this month.

“Before the last election, Daniel Andrews claimed ambulance response times were in crisis and said he would fix it,” Ms Wooldridge said.

“After nearly two years as Premier, he is nowhere near his target, with response times similar to what they were under the previous government when Daniel Andrews claimed it was a crisis.”

In 2014, when the previous Coalition state government was in power, Ambulance Victoria refused to release response times categorised by local government area and instead only provided statewide figures.

Ambulance Victoria’s board was axed and replaced after Labor’s state election win in November 2014.