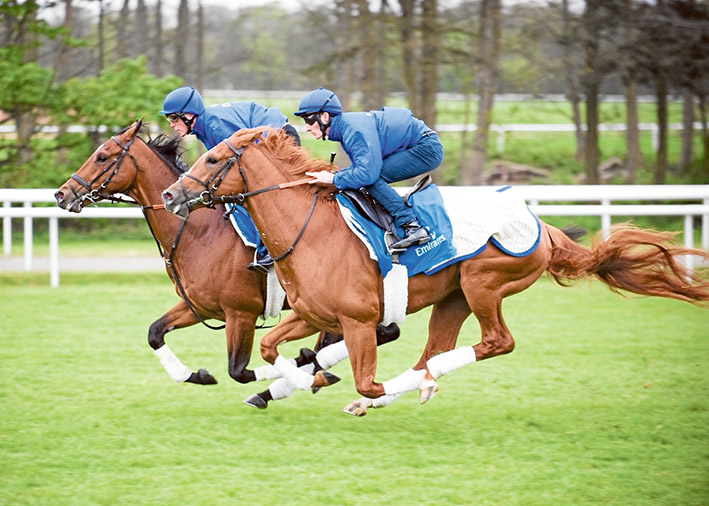 THE 2017 Ladbrokes Mornington Cup will see an international runner for the first time as the highly-respected Godolphin trainer, Charlie Appleby, brings the talented Gold Trail down-under in an attempt to gain exemption from the Caulfield Cup ballot.

Following an incredibly successful Melbourne Spring Carnival with his team of thoroughbreds, including the likes of Oceanographer, Qewy, Scottish and Francis Of Assisi, Appleby is determined to continue his success’  in Australian racing with his team over the Autumn Racing Carnival.

Gold Trail will be targeting the Mornington Cup on Saturday 25 March as the race provides the winner with an automatic entrance into the Group One Caulfield Cup which will be run in October.

The Canterbury Quarantine stables in New South Wales will be swamped in Royal Godolphin Blue as the Newmarket trainer sends out his three international runners, Penglai Pavilion, Polarisation and Gold Trail before heading to Mornington.

“There are two more weeks in quarantine in Dubai then they’ll head to Canterbury for two weeks and then [Gold Trail will] head to Melbourne for the main target in the Mornington Cup,” Appleby said.

International horse scout Leigh Jordon is excited about the prospect of Charlie Appleby’s Gold Trail entering the Mornington Cup and adding to the atmosphere.

“I think if he’s running there it’ll be a big day for Mornington. He’ll be the first international to run in the Mornington Cup and you’d think it would bring with it more publicity for the event which hopefully turns into more people coming through the gates.”

“[Gold Trail] may come to Werribee quarantine for a short period if he arrives early but at the moment he’s in quarantine at Dubai with the other two horses. He flies out to Sydney around 7 March.”

Appleby’s other two horses, Polarisation and Penglai Pavilion, will be targeting the Sydney Cup and should flourish on the softer surface in Sydney.

Assistant trainer, James Ferguson, will be overseeing the horses in Australia with a small team to represent the Godolphin Racing Stables.

It’s set to be an intriguing Mornington Cup with the likelihood of the international runner, Gold Trail, running in hopes to secure a spot for the spring.