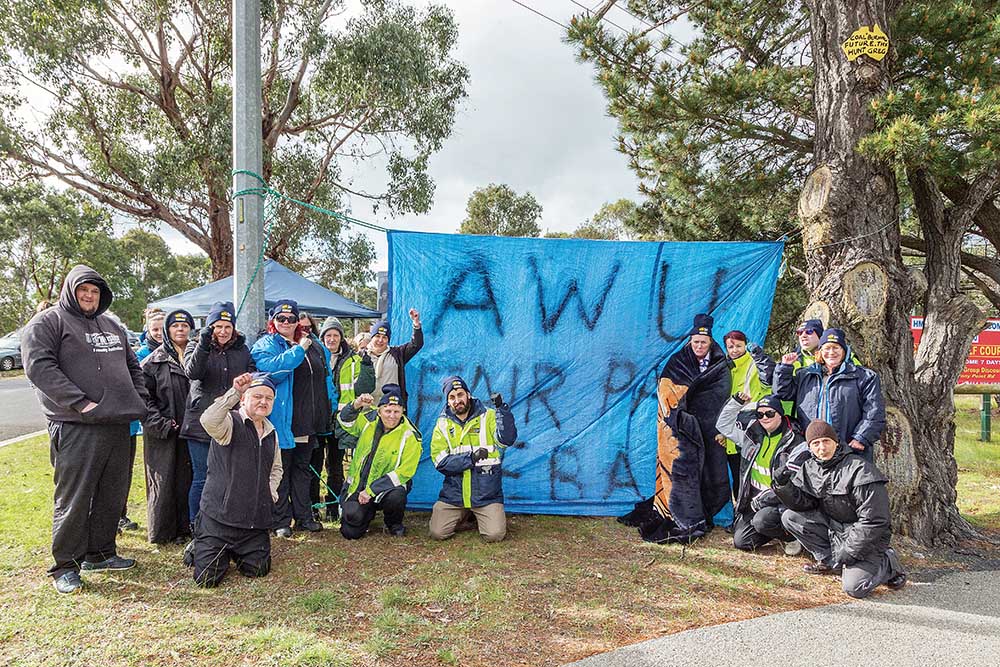 ABOUT 40 cooks and catering staff formed a picket line outside HMAS Cerberus yesterday (Monday 28 August) to protest over what they claim is substandard pay.

The full and part-time staff, engaged by labour-hire contractor Broadspectrum, staged the protected industrial action, 5am-1pm. This meant senior Cerberus staff had to be rostered on to prepare and serve breakfast and lunch for the Crib Point base’s 800 trainees.

The striking cooks and caterers say they have no grievances with the naval base – only its labour-hire contractor.

“We have tried negotiating with them for the past 18 months and the picket line is borne out of frustration,” he said.

“Our members are strong and united and the likelihood is that the dispute will spread to other bases, such as Puckapunyal, Victoria Barracks, Simpson Barracks and RAAF Williams at Point Cook.

“So far we have had no response from management but we are always open to discussions.”

A Broadspectrum spokesman said the company had been “negotiating in good faith with employees and would continue to do so”.

“This matter does not impact any service that Broadspectrum provides,” he said.