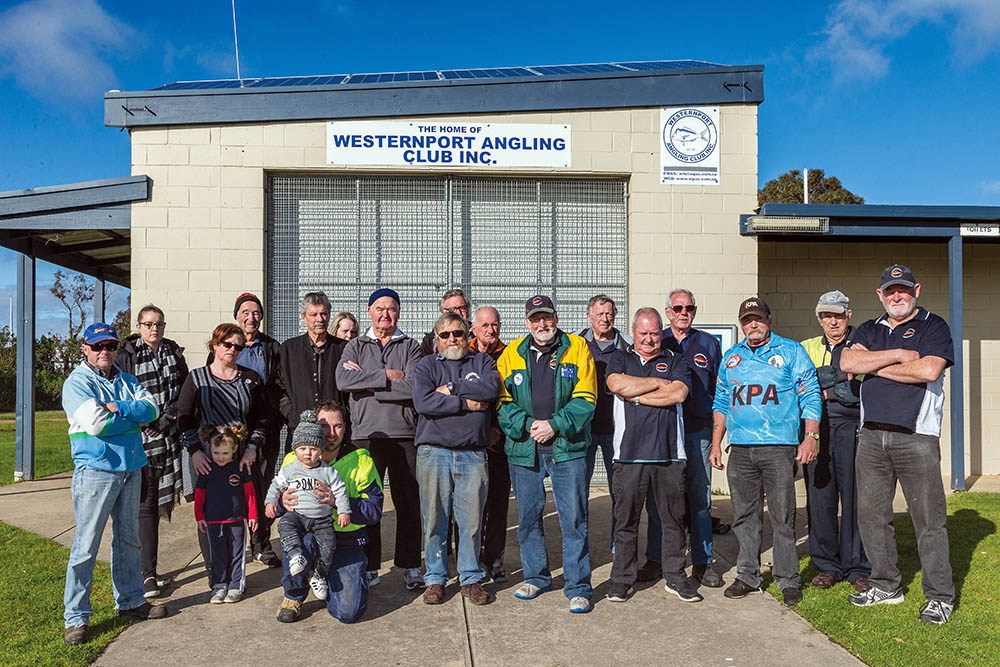 TWO of Hastings most active clubs have given the thumbs down to Mornington Peninsula Shire’s plans for the foreshore.

Both clubs say the Draft Hastings Foreshore Precinct Plan ignores their needs and could put members of the public at risk.

Hastings Yacht Club and Westernport Angling Club members are opposing the plan which was released for public comment on 28 August and will close on 2 October.

Yacht club secretary Martin Jones slammed it as being “not encouraging of what we do here”, while the angling club’s Don Newman said members felt their submissions had been “almost totally ignored with no feedback from the shire to our alternative proposals”.

Mr Jones said the club’s 200 members were gearing for “big changes” under the draft plan which recognises its “strong community mindset”.

“Hastings is a boating precinct of regional and state significance and offers sailors their only access to deep water,” he said. “The plan acknowledges this but it was drawn up from a land-based perspective.”

Mr Jones described the proposed pedestrian walkway to the east of the club as a “pathway to danger” because it would bring pedestrians into contact with boats being hauled up onto the slipway at one end and the public car park and boat ramp at the other.

“On busy days it will be hazardous. The shire recognises that but doesn’t deal with it and that’s a fundamental flaw of the plan.”

Mr Jones said a grassed area providing “safety, security and supervision” of children taking part in the successful Sailability program was in jeopardy under the plan. “Losing that grassed area will disrupt everything,” he said.

The 60 angling club members fear they face eviction as their club is not included in the foreshore plan. They are also concerned about the loss of the only public toilets in the area adjoining the club, used particularly by women before or after boating as few recreational boats have on-board toilets.

“The toilets must remain close to the boat ramp,” Mr Newman said. They are also used by small groups of disabled people on regular bus visits, or people with special needs, who often picnic at the tables to the east of the club.”

Mr Newman said they had met with shire officers several times “but we don’t seem to get anywhere”.

“We thought they were going along with us but they want us out,” he said.

“They’ve been trying to get rid of us for years. They haven’t said where we should move except, perhaps, into the yacht club.”

Angling club members contributed $22,000 for their building in 1989 and turned it into the “best known angling club in Victoria”, with whiting and snapper competitions attracting up to 500 people to the presentations, Mr Newman said.

Despite boating numbers increasing, the draft plan proposes reducing the area of overflow boat trailer parking by 60 per cent, with an area south of Mullet St being judged “too far away from the ramp”.

Also in jeopardy is the grassed picnic area between the club and the marina boundary which is used for the annual Whiting Challenge presentation and other events.

“We oppose the plan’s intention to encourage pedestrians and cyclists [to go] through the dangerous boat ramp and trailer parking area, as well as the proposed realignment of the trailer parking bays in a north/south direction away from the east/west direction,” Mr Newman said.

“Opening a path along the waterfront in front of the yacht club will lead pedestrians into the dangerous yacht launching area.”

A reference in the plan relates to the “overwhelming importance of regaining waterfront access for the public”.

Shire officers said two “pertinent principles” were that foreshore facilities should be consolidated, and that assets on coastal Crown land should be coastal dependent.

The shire’s property and strategy manager Yasmin Woods said the angling club site was earmarked for “enhanced parking facilities” for the public boat ramp. “Were the angling club to be retained in its present location, the preferred design would require the facility (along with the adjoining toilets) to be [on] a traffic island [in] a car park. This would be an inappropriate outcome and the question arises as to where the club should be located,” Ms Woods stated in the draft report.

“Outside of core fishing activities, angling club events involve gatherings on the grassed area in front of their current premises for barbecues and socialisation. These activities contribute positively to the precinct and should continue.

“However, it is pertinent to note that the fishing events and associated barbecues are not a direct result of where the angling club is located. These events are driven by boating access to Western Port Bay. The angling club’s facility, although a convenient venue, is used primarily for gathering and small scale storage.

“Gatherings can occur regardless of this facility due to convenient open space access, and storage is not a key requirement in this location. This is an inefficiency which can be better addressed.”

Ms Woods said the “ideal scenario from a coastal planning and management perspective” would involve consolidating the angling club within the yacht club.

“Should this be unviable due to conflicts with club events, logistics, security, or other factors, an alternative option may be to relocate the angling club outside of the precinct, ideally alongside or within another social use facility … the club’s location is not strictly coastal dependant…”

The mayor Cr Bev Colomb said the draft plan “takes into consideration the local community’s main aims for their township”.

RSVP to coastalplanning@mornpen.vic.gov.au by Monday 18 September.