By IT GullyOctober 9, 2017No Comments2 Mins Read 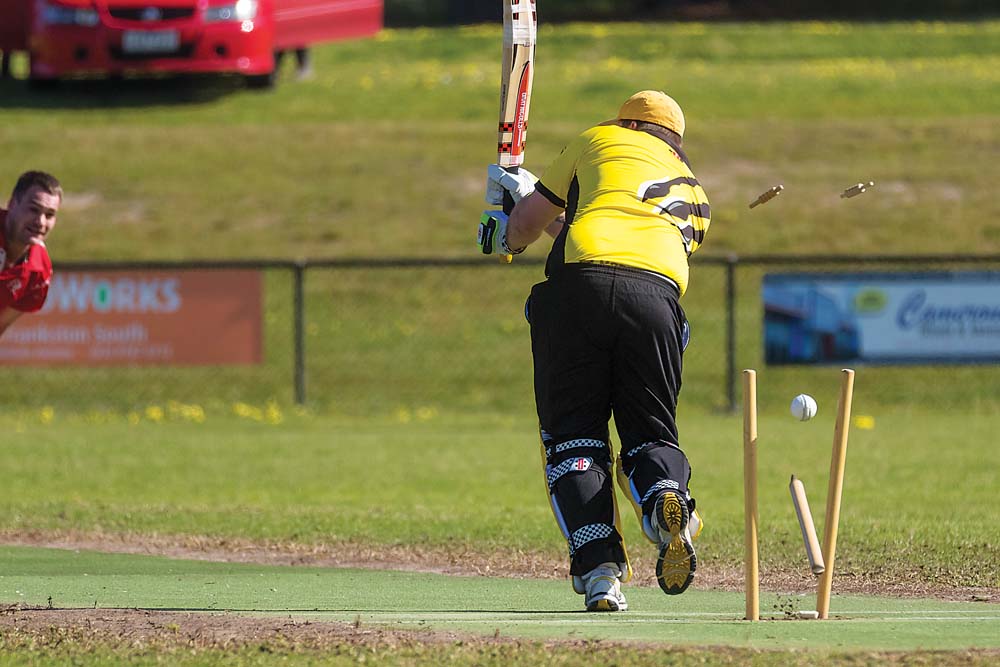 BALLAM Park has walked away from a thrilling match against Frankston YCW with a victory in MPCA Sub District.

The Knights batted first after being sent into bat and David Cross got his side going with 56, while Jake Williams opened with 21 and Zac Clements hit 17.

Levi McLoughlin-Dore and Brett Hudgson did everything they could for the Stonecats to get their side over the line but they fell short, bowled out for 139, chasing the Knights 7/151.

Justin Moore was the pick of the bowlers for the home side, picking-up 4/23 from 7.4 overs, while Cross was also impressive with 2/14 from eight overs.

Dromana got the win against Tyabb in a one-sided affair.

After bowling the Yabbies out for just 96, the Hoppers then took just 23 overs to pick-up the runs required for victory.

Jack Fowler took 3/33 with the ball for the Hoppers and skipper Kieren Voelkl snared 3/15 from eight overs.

With the bat, it was Fowler and Voelkl who did the damage also, scoring 38 and 33 respectively.

Mark Walles and Jackson Hannah each scored 39 for the Saints while Coutts scored 33 on debut to set the opposition 188 for victory (7/187).

Justin Brown was then the pick of the bowlers for the Saints, snaring three wickets.

Carrum chased down the 5/177 required for victory against Carrum Downs. Dale O’Neil scored 54 and Corey Hand 50 as the Lions chased down the runs with two overs and seven wickets in hand.

Adam Mikkelsen top-scored for the Cougars with 39 and Jayden Barker and Leon McConnell put on a 49-run opening partnership.