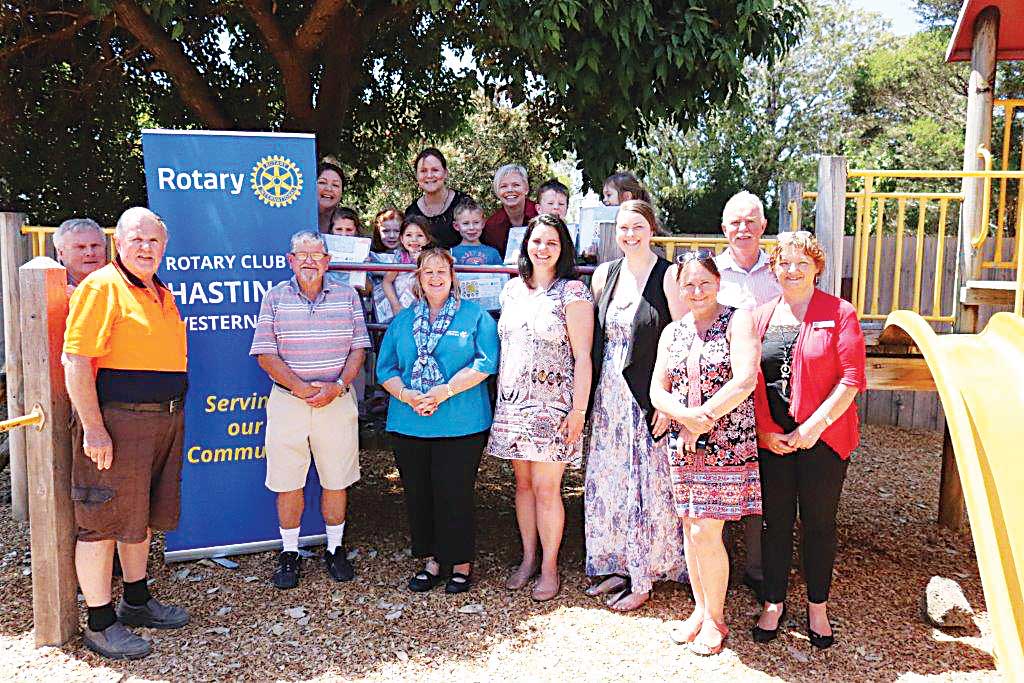 CHILDREN starting primary school at Hastings next year are being “prepped” by their parents using a kit designed to “bridge the gap” between pre-school and more formal schooling.

The get-ready-for-school kit was developed by former prep teachers Nat Petersen and has now become part of the Linking Schools and Early Years partnership formed 11 years ago after statistics showed Hastings children lagged behind their peers in several important areas of education.

The imbalance has been corrected to a large extent, although Australian Early Developmental Census (AEDC) figures show Hastings children “are considerably behind their state and national peers when they first commence school in prep,” Ms Petersen said.

“This is a huge worry because often children who are behind at this stage can find it very difficult to ever catch up.”

However, they are still behind the state average.

The get-ready-for-school kits being handed out to parents cost about $100 each and have been paid for through Western Port Rotary Club and local businesses.

“We are so very grateful to Rotary”, Ms Petersen said. “It simply wouldn’t have been possible without their amazingly generous support.

“When the teachers at the three Hastings schools were deciding what to put in the kit, they got quite carried away and went way over the initial budget. Paddy Fincham, president of Rotary Hastings Western Port, graciously let them have their way and Rotary provided the extra money.”

Western Port Chamber of Commerce asked High St traders to sponsor a child starting school in Hastings for $20. “This money would enable the addition of more valuable items to the get ready-for-school kit, and hopefully bring a further sense of purpose to the whole town,” Ms Petersen said.

“We needed 85 $20 sponsorships to supplement the 85 kits and the shopkeepers did it.

“The end result is a kit of pre-literacy, pre-maths, pre-writing readiness activities valued at just under $100 that has been given to the parents of every child starting preps at one of our Hastings schools next year.

“Parents receiving the kits will be guided by the teachers on how to make the most of the activities over the next few months.

“Hopefully our youngest students will develop the confidence to jump right into formal learning in 2018.

“I don’t know of any other small town anywhere that is prepared to help its youngest students like we have just done and have been doing for 11 years now through the Linking Schools and Early Years partnership.”