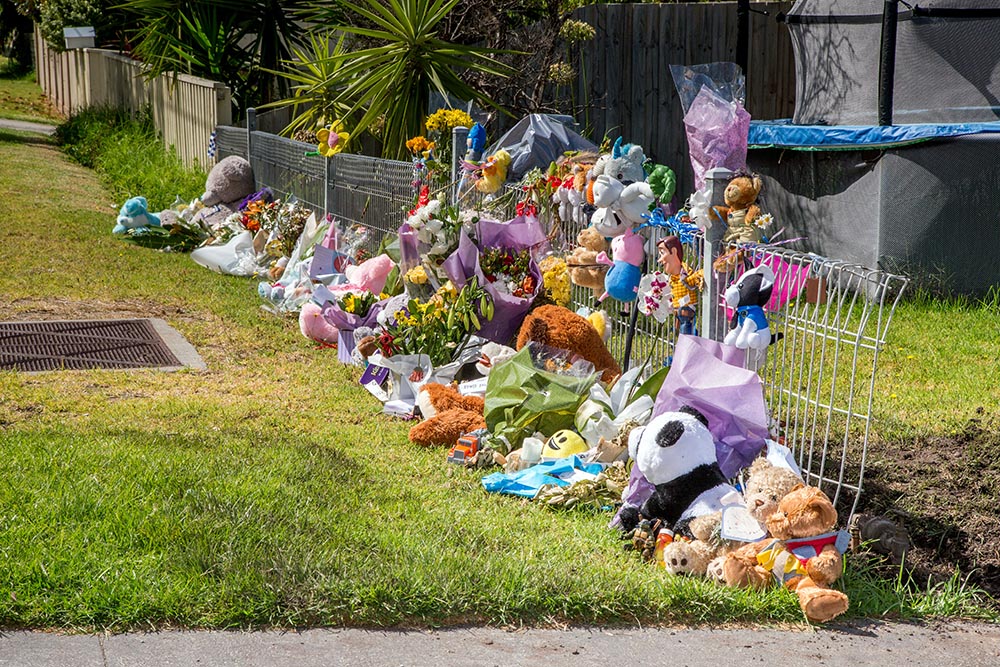 PARENTS, pupils and staff at Tootgarook Primary School were in shock on Friday after learning of the death of eight-year-old Brodie Moran.

The body of the popular grade 2 pupil was found at his Alma Street home, 1.30pm, Thursday 8 March.

Floral tributes and cards from grieving school friends and parents covered the front yard and pupils were being offered counselling.

Seven police cars and 13 officers rushed to the house following a 000 call reportedly made by his mother, Joanne Finch.

Ms Finch, 42, appeared at an out-of-sessions hearing at Melbourne Magistrates’ Court later that day charged with one count of murder. She has been remanded in custody to reappear on 29 June. The court heard it was her first time in custody and that she was taking prescription medication.

The boy’s father, Lee Moran, responded to tributes to his son on Facebook, saying he felt empty. “I have lost the best part of me”, he said. “Words cannot describe how much I love and miss my little fella.”

“Support is being made available through the school for friends, classmates, students, staff and anyone else in our school community who may need it during this difficult time.”

Ms Finch and Brodie had moved to Tootgarook about a year ago. The house they were renting is for sale. Anyone with information is urged to contact Crime Stoppers 1800 333 000 or online at crimestoppersvic.com.au