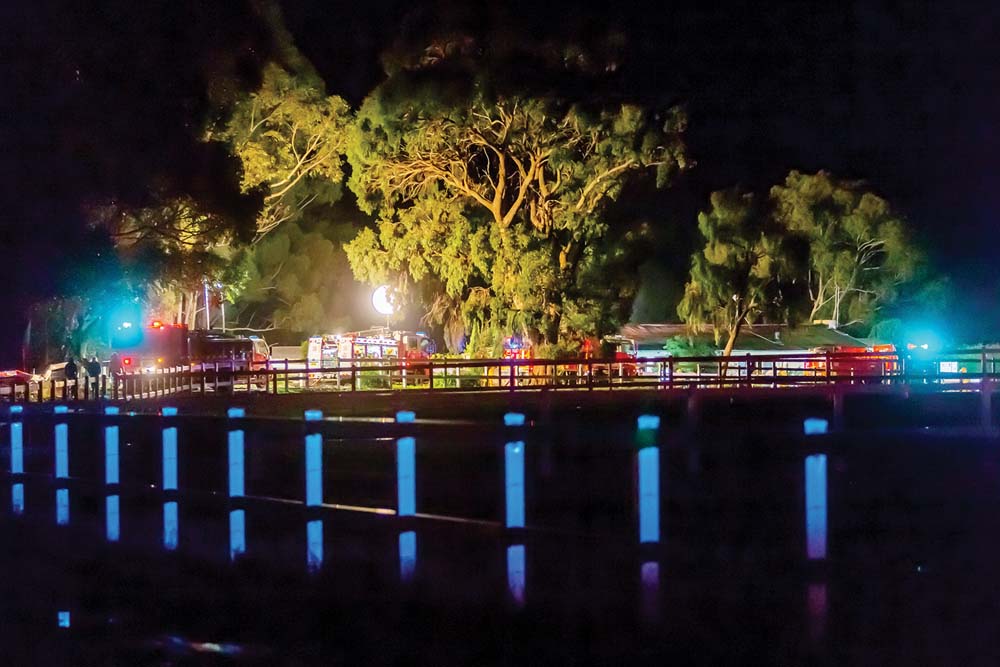 CFA crews fought for an hour to save the house of Somerville horse trainer Kane Harris when it was engulfed by fire, Tuesday 17 April.

A faulty clothes dryer is being blamed for starting the blaze at the Whitneys Road house at 11.10pm.

Up to 10 appliances from Pearcedale, Somerville, Hastings and Tyabb, fought the blaze, however, the house could not be saved.

None of the horses stabled at the property were harmed and Mr Harris was reportedly back on the training track only hours after the fire was brought under control at 12.10am.

Based at Mornington racecourse, the trainer, 36, lost most of his possessions in the fire but told RSN 927’s Racing Pulse program: “No one was harmed or injured so that’s a positive to take from it all.”