Experts unite in two-year plan to find ulcer cause 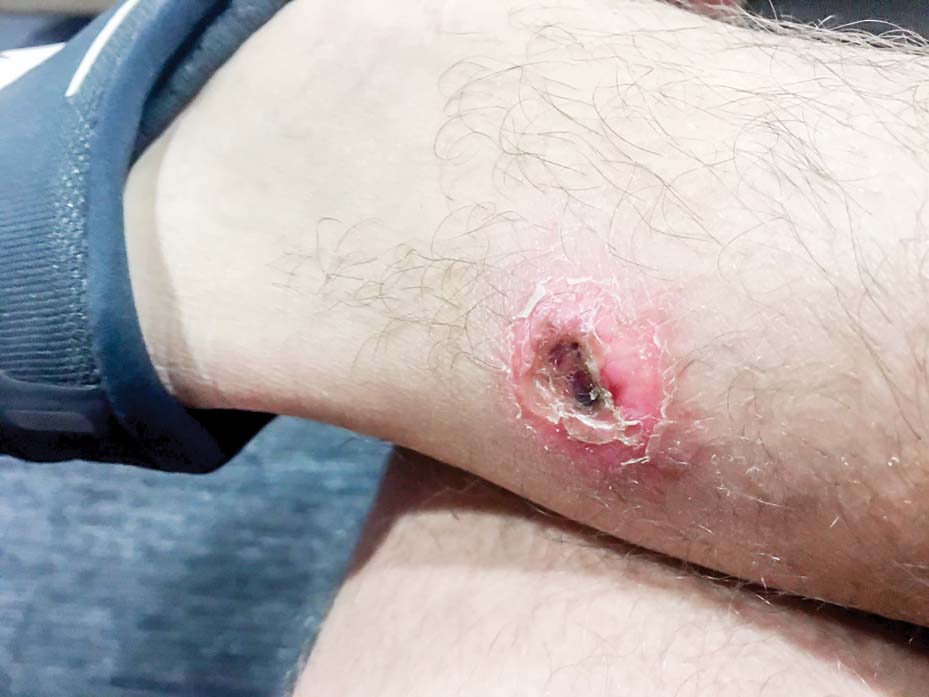 SCIENTISTS and health experts have joined forces in the battle to stop the spread of the debilitating Buruli ulcer.

The federal government last week announced a $1.5 million two-year research study into ways of eradicating the fast spreading disease – which is especially prevalent on the Mornington Peninsula. Of the 275 infections recorded across Victoria last year, and the 35 reported so far this year, more than 80 per cent have occurred on the peninsula, according to study leader Professor Tim Stinear, from the University of Melbourne.

Mosquitoes are suspected as being the key factor in the spread of the ulcer-causing bacteria – Mycobacterium ulcerans – possibly first to possums and then to humans.

However, it is not understood why some areas are vulnerable to the disease and others are not.

“Speed is of the essence in finding way to stop its spread,” said Professor Stinear, a microbiologist.

Ten different research groups, including state health department staff and Mornington Peninsula Shire health officers, will attempt to find out which mosquito species is responsible and then work out ways to cull it by concentrating on its breeding habits.

This could take the form of “fogging”, which involves mist spraying of foliage, placing pesticide tablets in lakes or ponds to kill larvae, or spraying inside drains or pipes.

Environmental health officers may also go door-to-door to advise residents on how to eradicate mosquito-breeding areas, such as pets’ water bowls.

“There is no one solution at this stage,” Professor Stinear said. “Everything is on the table.

“We hope to cover every angle and come up with the right result.

“The government has said ‘Yes, you have the money’, so we will start next month.”

Flinders MP and Health Minister Greg Hunt said the world-first research was “vital in getting to the bottom of this emerging health challenge”.

“This is a horrible and painful medical condition. The project will provide much-needed evidence which will inform public health policies to control this emerging disease.”

Seaford resident Rob Bowers who was diagnosed as having a Buruli ulcer after a bit of metal scratched what appeared to be a mosquito bite near his right ankle.

“I’d been bitten by mosquitoes near the Powlett River [Bass Coast] and a March fly at Gunnamatta. While at work I dropped a bit of sheet metal, which scratched me and opened it up,” he said.

A keen surfer, Mr Bowers said the collar on his leg rope also aggravated the wound, which began to grow in size. “It didn’t really bother me but it was as big as a 20 cent coin and wasn’t healing.”

A doctor who ruled out a Buruli (or Bairnsdale) ulcer, instead diagnosing the more common bacterial skin infection, cellulitis. However, Mr Bowers’ mother Sue, a nurse who has seen many patients with buruli ulcers, arranged for him to visit the Mt Martha clinic where she works.

A doctor there took a swab and within a week confirmed his wound was a Buruli ulcer and booked an appointment for him at Frankston Hospital.

The hospital’s infectious diseases officer agreed it was a Buruli ulcer and Mr Bowers is now undergoing a 12-week course of antibiotics.

He will go back to the hospital in mid-May for a blood test to see if the antibiotics are working or whether he will need surgery.

“I can go in the water [to surf] but must avoid stagnant water,” Mr Bowers said. “I change the dressing every night and apply manuka honey. The wound hasn’t got much bigger, but I don’t know what’s going on under the skin as there’s a hard golf ball-sized area.”