Watch out: the whales are coming 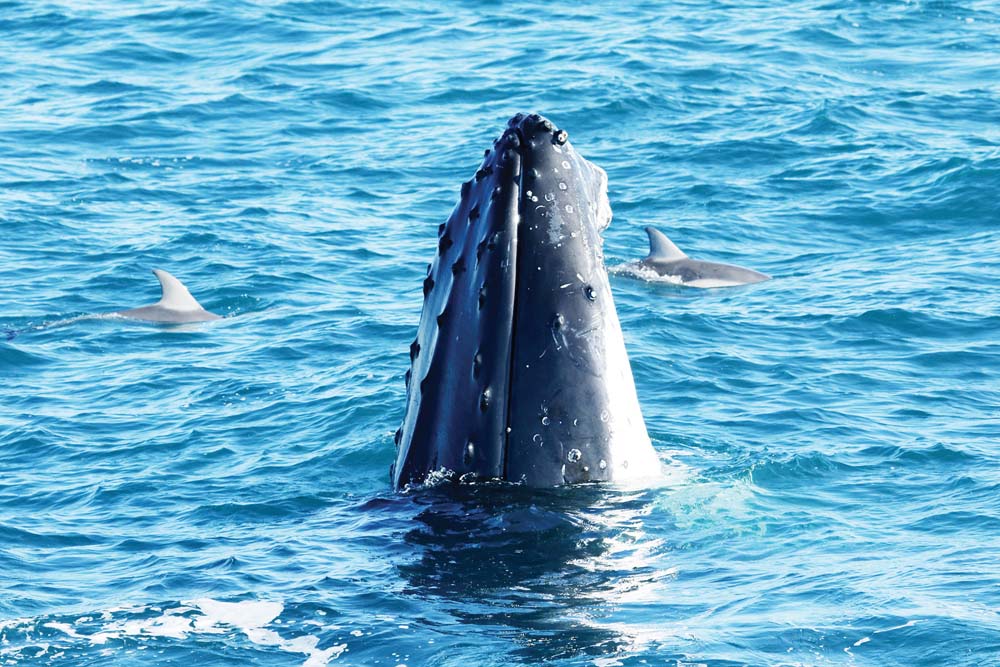 AMATEUR whale spotters are being called on to provide data on the number of whales swimming past the Mornington Peninsula.

With the help of these citizen scientists the Two Bays Whale Project was last year able to estimate that 458 individual whales were seen in and around the peninsula and Port Phillip and Western Port bays.

The project has been running since 2015 in collaboration between the Hastings-based Dolphin Research Institute and Wildlife Coast Cruises.

“The 2017 whale season broke all previous records with a total of 218 validated sightings of four whale species between 15 May and 5 December. In total the estimated number of individual whales was 458, which is a whopping 296 more whales than the 2016 season estimate,” project co-founder and curator David Donnelly said.

“Whether this is a case of more whales, more people looking or a combination of both is yet to be determined, but one thing’s for sure, whales never fail to attract the attention of the public.”

Mr Donnelly said sightings of large whales in the bays and along the open coast “have become so regular in the winter months that it is now more of an expectation rather than a novelty to see a whale at this time of year”.

“With a good set of binoculars, whale watchers should be looking for the characteristic blow to first pinpoint whales,” Mr Donnelly said.

“Careful observations may permit behaviours and directions of movement to be noted. It can be very difficult, even for experienced observers to be sure about numbers, but an estimate is helpful. Record date, time, numbers, location as well as you can pinpoint – such as 500 meters south east of Cape Schanck – direction of travel and behaviours.”

He said understanding whale numbers and movements is critical to their management and protection.

“But it is a huge challenge, taking decades of piecing together snippets of data, to create a reliable understanding about the lives of these remarkable visitors in our waters.

“Humpbacks are most likely passing through our waters on their northerly migration from Antarctica along the eastern Australian coast. Hunted to the edge of extinction during the industrial whaling era, humpback whales have made an impressive comeback, with eastern Australian numbers expected to reach around 33,000 individuals this year. This is quite remarkable when you consider the post whaling population estimate to be only 200 – 400 individuals.”

Mr Donnelly said southern right whales – classed as threatened – come to the Two Bays area to mate and give birth.

“These animals are from the southeast Australian population with numbers estimated to be between just 250 and 300 individuals with no noticeable increase in population size since whaling ceased.”

Penalties apply for deliberately approaching a whale closer than 200m for vessels; 300m for jet skis; 500m height for aircraft (including drones).