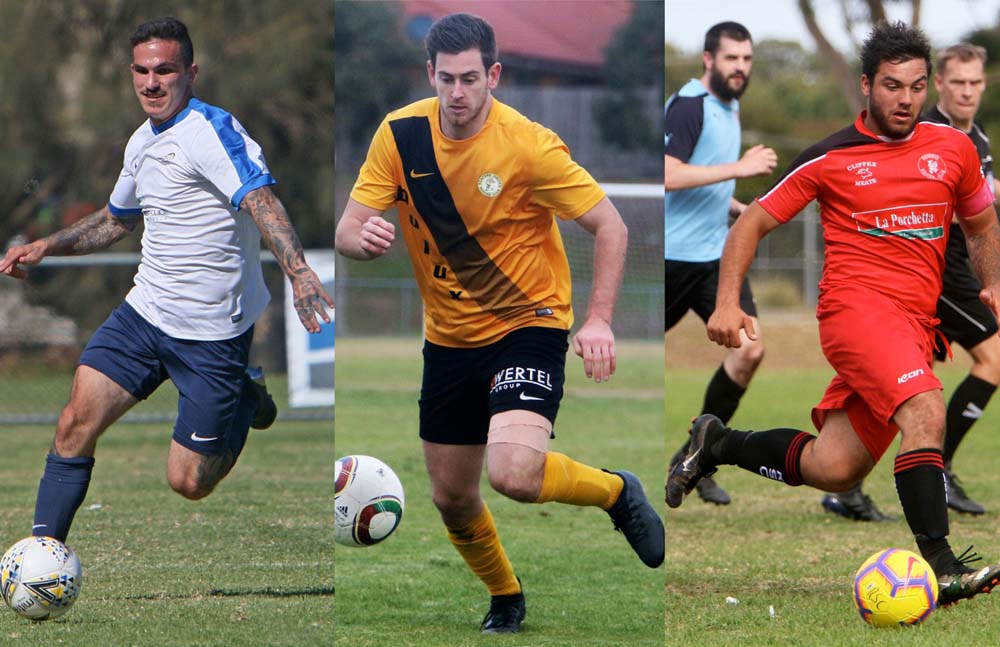 THE quest for glory among local State League teams begins in earnest this weekend when the 2019 season kicks off.

Frankston Pines is keen to open proceedings on Friday night under the new Monterey Reserve floodlights but its State 3 clash with Monash Uni was awaiting Football Victoria approval as we went to press.

Monash was drawn as the home team in this round one fixture but a ground availability problem encouraged Pines to apply to have the fixture reversed and held as its home game.

Pines has been on a roller-coaster ride throughout the off-season twice having to hold a general meeting to elect a president and committee then watching new senior coach Kevin “Squizzy” Taylor conduct one of the biggest player turnovers in peninsula soccer history.

Taylor’s 24-man senior squad is the largest in the region and he has brought 21 new players to the club.

That includes CJ Hodgson, one of Pines’ favourite sons, who returned to Monterey Reserve last week after a dalliance with Doveton consisting of a handful of practice matches and an FFA Cup appearance.

Fellow State 3 outfit Skye United has been quiet on the transfer front and currently isn’t scheduled to play its first match until round 3 due to ground availability issues.

Mornington hopes to be in the promotion mix in State 1 and its campaign gets underway at Dallas Brooks Park on Saturday night against Malvern City.

Mornington gaffer Adam Jamieson could add another player to his senior squad this week and while Taylor Davidson, Amir Osmancevic and Sam Scott are expected to return from injury Andre Bennett is likely to miss another week.

Peninsula Strikers’ boss Danny Verdun has made no secret of his ambitions this year and expects to hit the ground running against Old Scotch on Saturday.

Verdun has brought 13 new players into the senior squad and up front will pin his hopes on English import John Prescott, a class act in what looms as a very competitive league.

Baxter faced a dramatic player shortage late last month but was able to name a 22-man senior squad last weekend and expects to be competitive in State 4 this season.

Ironically one of the promotion favourites in that league is Sandown Lions, coached by former Baxter coach Roy Kilner and their clashes are sure to be hard fought.

The new kid on the block as far as State 5 goes is Rosebud who only officially joined the league in late January and has since appointed its senior and reserves coaches and team managers and put together a senior squad that it hopes can consolidate its newfound status.

Here are the local State League squads for 2019 with the previous club of new signings in brackets:

In NPL2 news Langwarrin maintained its promotion push with a 3-1 away win against Springvale White Eagles on Saturday.

David Stirton failed a fitness test before the match and Callum Goulding found himself playing in an unfamiliar role as an attacking midfielder.

Striker Roddy Covarrubias gave his best performance of the season crowning his usual gut-busting display and ability to shield the ball or turn his defender with a goal and an assist.

There was no score at half-time but two goals in a minute in the second period had Langy in control.

The first came in the 65th minute when a Damir Stoilovic free kick from the left was headed firmly home by Wayne Wallace and a minute later Covarrubias skipped past a defender on the left of the area then struck a low shot across Springvale keeper Nebojsa Pejic and inside the far post to make it 2-0.

The home team stunned the visitors with a thunderbolt free kick from Aleksandar Mitrovic that rocketed into the top far corner in the 77th minute but thoughts of a comeback vanished five minutes later when Covarrubias set up Johnny Kuol whose initial attempt struck the bar but the quicksilver striker was first to react heading home the rebound from point-blank range and Springvale’s fate was sealed.

Stirton should be fit to face St Albans Saints on Saturday while defender Alex Van Heerwarden is expected to get some game time in the under-20s as he returns from injury.

Southern also is waiting on an international clearance from Scotland for a midfielder who is expected to join the under-16s squad.

Meanwhile Baxter rounded off its preparation for the league season with a 3-1 win over Old Xaverians at Baxter Park on Saturday with Baxter’s goals coming from Bryce Ingram (2) and Liam Kilner.