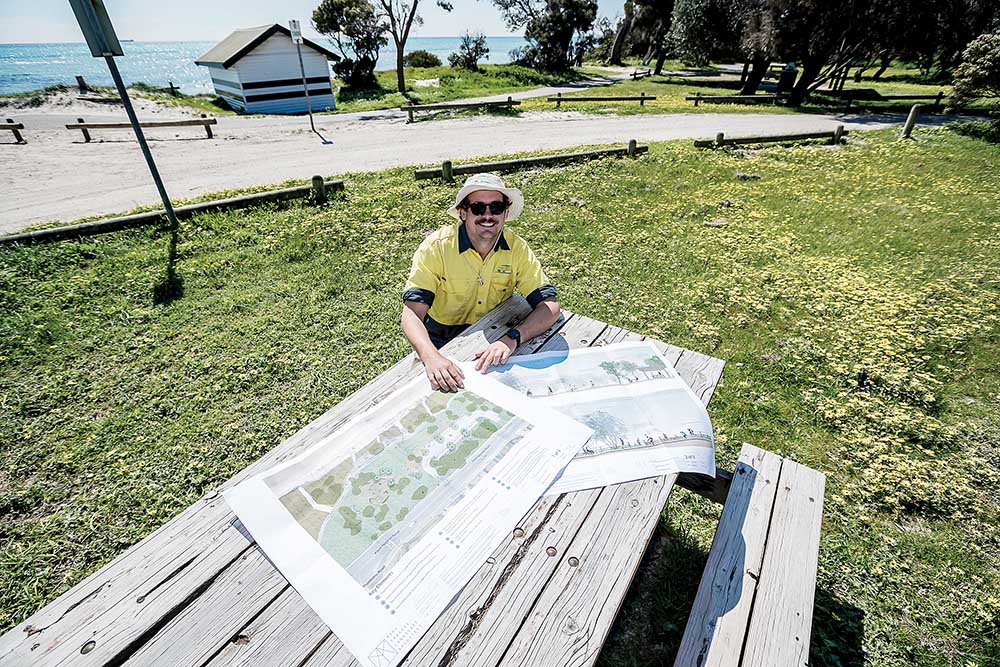 A TOILET block, playground, boardwalk and more picnic facilities may be included in a new foreshore precinct around the Truemans Road beach car park.

The features are being assessed by the Capel Sound foreshore management committee as it seeks community input into its plans for the area.

An open session will be held 9-11am, Saturday 19 October, at the car park, with committee members and the landscape architect available to answer questions.

Digital copies of the plans and a QR code are available on the Capel Sound Foreshore Committee of Management webpage. The site accepts feedback from those unable to attend on the day.

Foreshore manager Wayne Nicholls said planned works expected to cost up to $600,000 included replacing the existing condemned toilet block with a new ambulant and accessible block; constructing a boardwalk with viewing and seating as a meeting point for walkers and riders on the Bay Trail, and adding a children’s playground as none currently exist between Rosebud and Rye.

Works would also include re-configuring the parking area to provide better parking and include disabled parking; increasing the number of barbecues and seating areas, and adding spaces for ball games.

New fences and more beach pathways would help manage erosion of the foreshore and restore vegetation.

Mr Nicholls said the existing barbecue facility was built more than 15 years ago and the now condemned toilet block was built in the late 1950-early 60s. He said the area was used for camping during the holiday season until about 15 years ago when it was made an area for day visitors.

“While it is very popular with locals and day trippers the ageing amenity block has received widespread public condemnation and was found to be beyond renewal,” Mr Nicholls said.

“The changes will improve the foreshore and beach experience for locals, day trippers and families using the Bay Trail.”

Mr Nicholls said while locals could easily access the foreshore during the year, ironically, it was not easy during the holiday season as the camping areas were always full.

“A redeveloped area would provide much better access both in the holiday season and throughout the year,” he said. “The playground will also provide a new beach meeting place for local families.

“The area is already highly popular as a meeting place for day-trippers and this work will substantially increase their options.

“Everyone using the Bay Trail will welcome it as a new meeting place, particularly families.”

Mr Nicholls said the draft plans had been created from an earlier consultation and would be used to generate community input in the final masterplan.

He said talks were continuing with Flinders MP Greg Hunt and Nepean MP Chris Brayne about finance for the foreshore works.