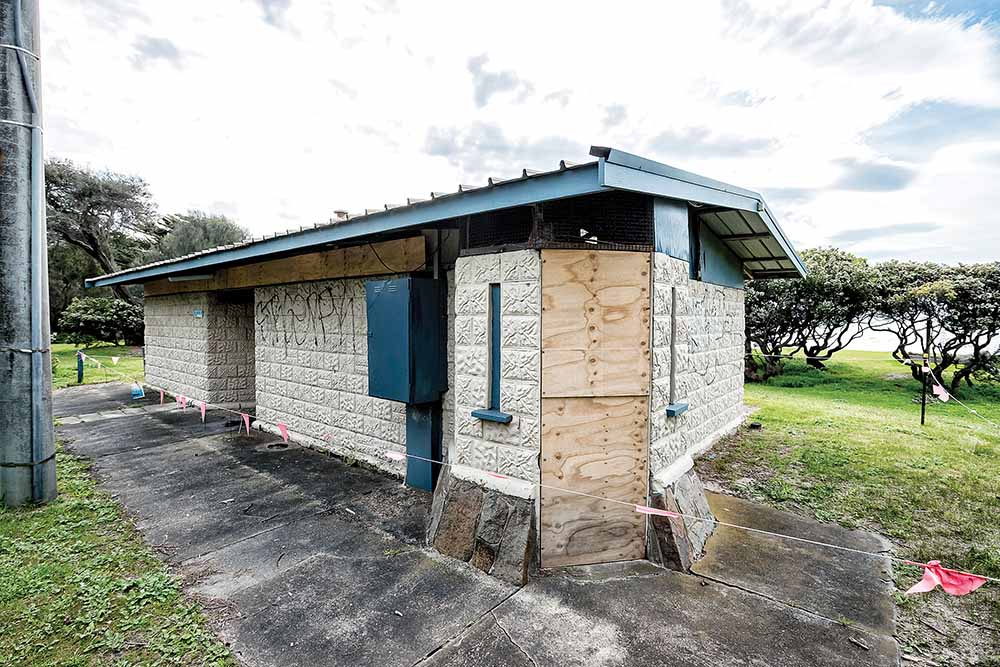 TEMPORARY replacement portable toilets at Capel Sound Foreshore Reserve are “horrendous” and don’t compensate campers and visitors for the loss of the old concrete block, a resident says.

Chris Major, who complained about the closure of the rundown 1950s block last year, says the “port-a-loos” are an inadequate replacement.

“We’ve been waiting since January for a new toilet block and now with the summer onslaught approaching it looks like we’ll have to go through it all again,” she said.

“Hundreds of people won’t use them and just go and pee in the bushes.”

“We are in the process of raising funds to redevelop the whole area which could cost up to $600,000,” he said. “We are at the concept plan stage and are about to start community consultation.”

Mr Nicholls said the foundations of the old structure were unsafe and that vandals had torn out copper fittings and a hot water service for scrap.

Last year, four portable toilets were installed at the parking area near the beach end of Truemans Road, but these were set on fire and destroyed.

“Despite this sad experience four portables will again be installed “before the Melbourne Cup weekend”, Mr Nicholls said.

Two portables are at the boat ramp about 200 metres away and are “cleaned daily”.