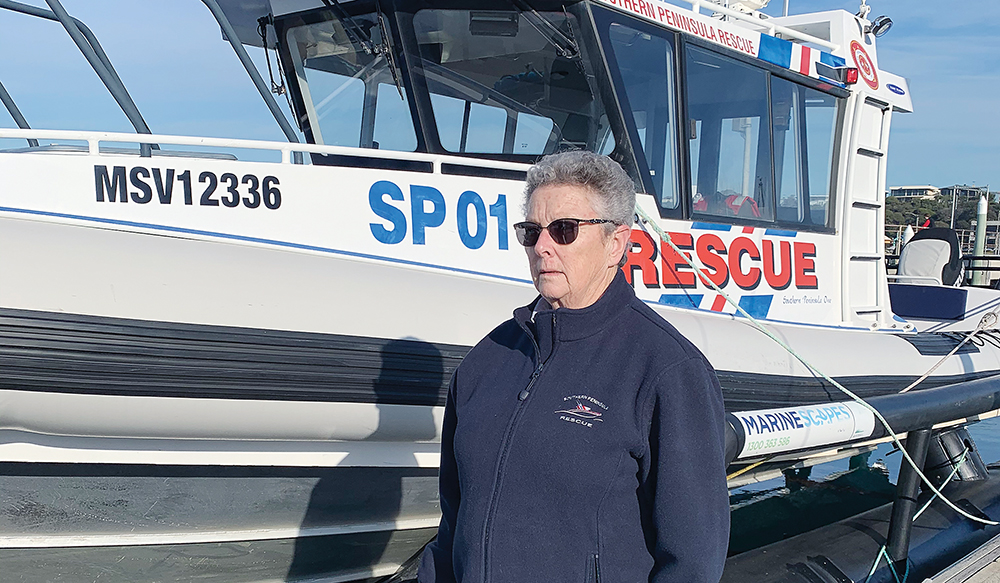 Ms Murray was honoured for her service and commitment to Marine Search and Rescue Victoria, and to the safety of her community, over the past 18 years.

Ms Murray was president of the Southern Peninsula Rescue Squad for 14 years up to 2019 and “led it through a range of improvements which has resulted in it being one of the leading marine rescue operations in Australia”.

Southern Peninsula Rescue Squad secretary Denis Baguley AM said Ms Murray had played a role in many boat rescues and emergency call-outs. She is regularly rostered as a member of the squad and responds efficiently to any emergencies that arise.

“Ms Murray had also played a support role in many community events, such as the Portsea and Sorrento swims,” he said.

“She has trained a number of rescue crews to ensure their availability to assist with marine search and rescues and has also trained squad members in first-aid.

“During her 14 years as president, she maintained the emergency phone which handled about 700 call-outs, and led major changes at the squad, including its relocation from Sorrento to Blairgowrie, and the shift from helicopters to rescue boats.

“Ms Murray’s tireless contribution to the SPRS, her commitment to Marine Search and Rescue Victoria, and to the safety of her community, are of the highest order.”