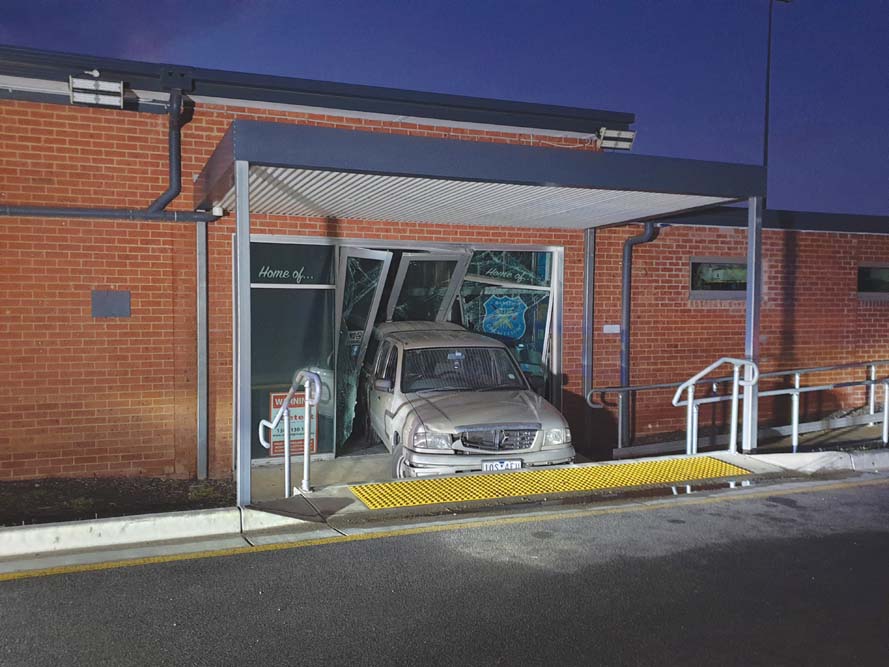 It was the second time this year the clubhouse at the corner of Sages and Baxter-Tooradin roads has been targeted.

The Frankston Bombers Facebook page said the “news came through at 4.45am this morning [26 June] that a car had rammed through our club room doors”.

“Unfortunately, this is the second incident of this nature since February this year where a vehicle has caused damage to the facility.

“The car was stolen from Frankston before making the trip to Baxter Park and reversing through the glass doors where a man then entered the rooms.”

The man allegedly grabbed a “few bottles of wine” before fleeing on foot.