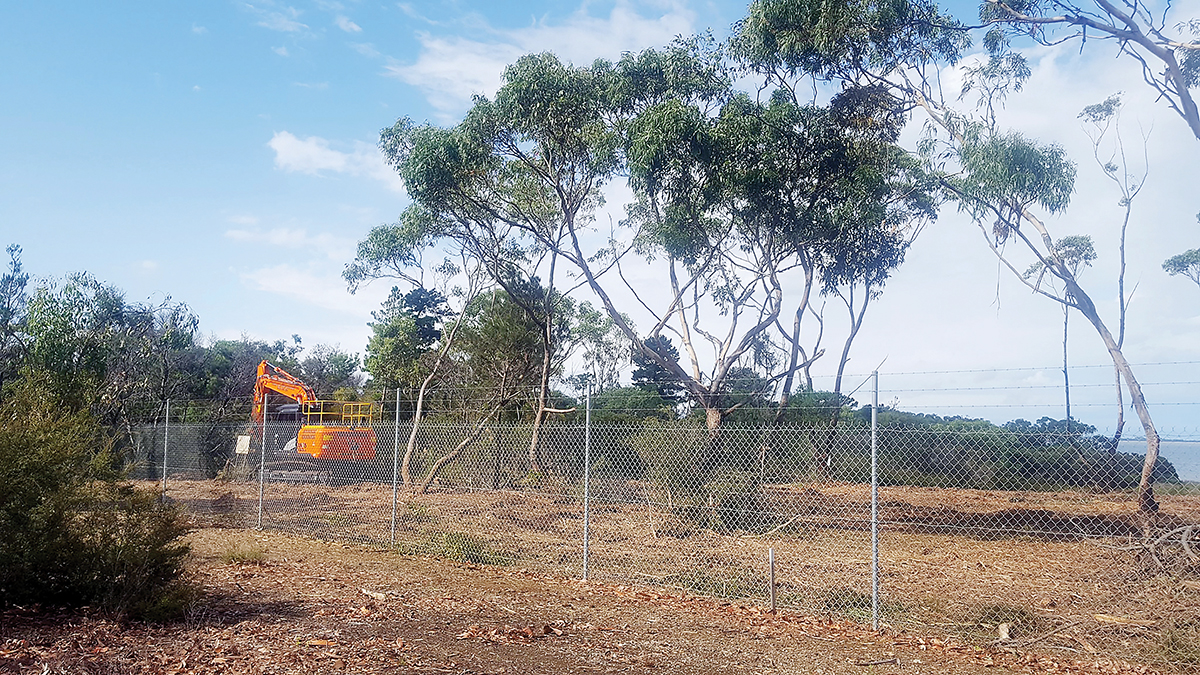 THE Port of Hastings Authority has been fined $20,000 at Frankston Magistrate’s Court for unauthorised vegetation removal in February 2020.

The 7200 square metres of foreshore cleared was adjacent to the Crib Point jetty.

The port authority was prosecuted by Mornington Peninsula Shire Council after the authority failed to gain approval for the clearing.

The court was told that representatives of the Port of Hastings Authority and power company AGL – which planned to establish a now-abandoned gas import terminal at the jetty – had met with a council arborist in mid-2018 to discuss removal of some vegetation around the boundary of the property.

The authority then hired a contractor to remove virtually all the vegetation from the site, leaving a few significant trees.

The shire was told in late February 2020 of the clearing and subsequently inspected the site.

Marit Foley SC, for the Port of Hastings Authority, pleaded guilty to a single charge and, in arguing for a reduced fine, said that the contractor had gone beyond the scope of works required, and that the clearing had been done to mitigate bushfire risk.

The shire’s legal representative, Luke English, stated that “the claim … that the offence results from a lack of oversight by the contractor … is just simply wrong”.

“This doesn’t fall on the contractor’s feet. It is the lack of oversight,” Mr English said.

He said a permit would have been required from the shire if the vegetation clearing had been done to mitigate the threat of bushfire.

However, a permit had never been granted.

Ms Foley conceded it was a case of negligence. The authority was fined $20,000 and ordered to pay $6000 to the shire in legal costs but did not record a conviction.

In response to questions from The News, Port of Hastings Development Authority  Malcolm Geier, provided the following response from “a spokesperson”:

“We acknowledge that more should have been done to oversee the works undertaken by our contractor during bushfire mitigation works in early 2020.

“A bushfire risk assessment has been undertaken, with work on a bushfire management plan underway.

“We will put this plan in place before the 2021/22 bushfire season to reduce risk of bushfires and help protect the community and environment near the Port of Hastings.”

The spokesperson did not say if the contractor had been paid for the clearing work near the jetty.