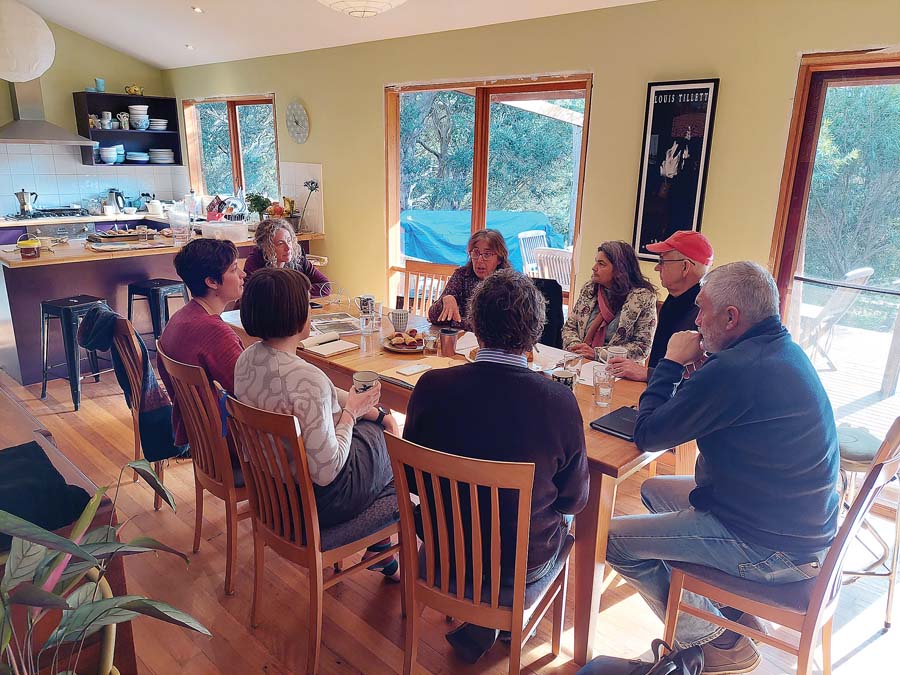 THE Voices of Mornington Peninsula group says any Australian Electoral Commission investigation into its financial sources would reveal an organisation “funded entirely by kind-hearted and frustrated locals who are disillusioned with party politics”.

The response followed reports last week that federal Liberals had asked the AEC to make sure grassroots groups calling themselves “Voices for” or “Voices of” are obeying finance rules.

“Is this a joke? A party that receives millions of dollars from corporate donors, including those in fossil fuel industries, is questioning a grassroots community organisation that values transparency and accountability,” VMP secretary Janelle Magee said.

“Our democracy would be all the better for a full and frank disclosure of political funding by all political parties.

“People from all walks of life donate to VMP because they want to support an organisation that aims to fix our broken political system.”

Ms Magee said VMP was not a political party but “a group of dedicated local volunteers who wish to see a return to a participatory democracy”.

VMP is one of 40 community groups across Australia that plan to have a “community-endorsed independent candidate” at the next federal election.

Voices for Mornington Peninsula group, which is seeking a candidate to stand against Flinders MP Greg Hunt, has a donations page on its website that states it cannot accept “foreign donations” and provides a link the AEC regulations.

The group originally said it would close expressions of interest by potential candidates on 15 August but has extended that date because the federal election “now looks more likely to be closer to May 2022”.

VMP says its directors will shortlist potential candidates for its members to choose their preferred representative.

VMP’s chair of directors, Louise Page, said “Voices” groups “run on the smell of an oily rag compared to the major parties”.

Ms Page is urging VMP members to watch director Craig Reucassel’s soon to be released Big Deal, which looks at the influence of money in politics.

“I was able to watch the Big Deal ahead of its release … [and] they report that $1billion in ‘dark money’ has been received by [Australia’s] two major parties in the past decade,” Ms Page said.

“That’s not total donations, it’s the donations none of us know about. Then there’s things like accounting firms giving $1m to campaigns and receiving $700m in contracts.

“[The parties] don’t even release their donations until well after elections. According to the Big Deal, we have some of the worst political donation regulations in the world. Even worse than America.”

VMP has indicated it will become involved at “all levels of government”.

“With your help, VMP seeks to restore and promote a participatory democracy where community voices are represented and elected members act with honesty, integrity, and accountability. Better democracy leads to better policy and a better future,” its website states.

The group says it has “VMP hubs” around the peninsula (Briars, Nepean, Cerberus, Red Hill, Seawinds and Watson) to “tailor communications and activities to their area’s particular geography, demographics and facilities”. The hub names are the same as the six wards of Mornington Peninsula Shire Council.

The groups, forced to meet online, “are planning for the day they are able to get out into their neighbourhoods to chat with others, hold events and more”.

Its surveys show issues for the independent candidate chosen by the group to address include the environment and climate change, over-development, aged care and transport.

The group originally said it would close expressions of interest by potential candidates on 15 August, has extended that date because the federal election “now looks more likely to be closer to May 2022”.

VMP says the directors will shortlist potential candidates for its members to choose their preferred representative.