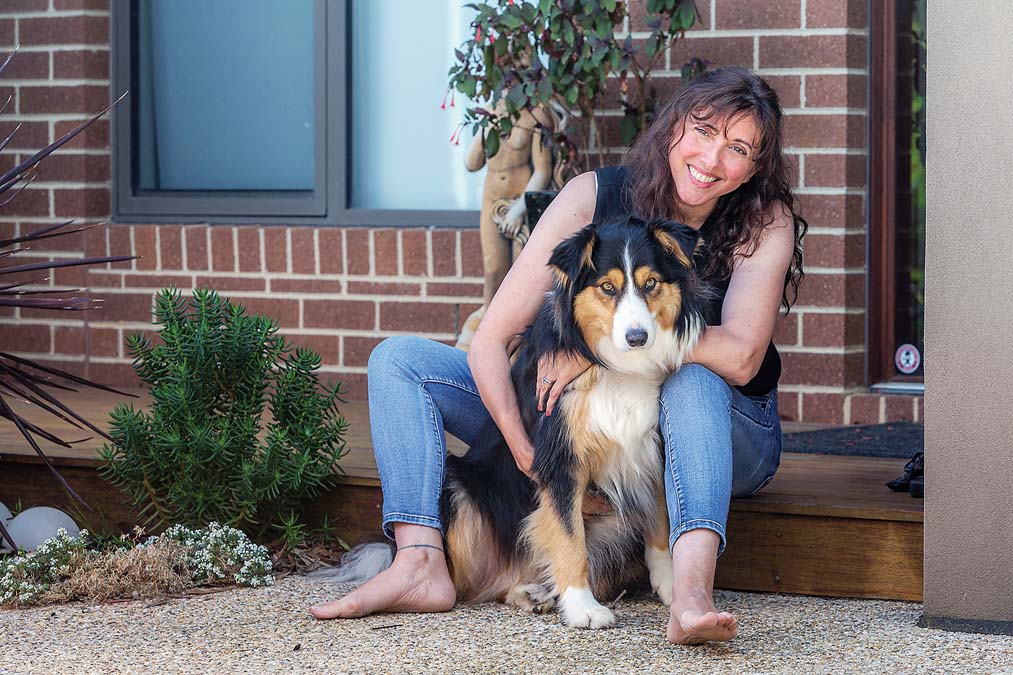 A MOUNT Eliza woman says she will go to court rather than pay a $363 dog-at-large fine because Mornington Peninsula Shire Council will not show her any evidence of her dog being outside.

Mannie Hughes said she has repeatedly requested proof of the alleged breach which occurred 5.55pm, 30 May, but the shire was “stubbornly digging in its heels”, telling her to pay the fine or await a court hearing.

“I feel this is a total abuse of council power and waste of court time [and] money,” Ms Hughes said.

“If the council issues an infringement then the person receiving the infringement should have a right to view the evidence without having to go to court and incur additional costs.

“We don’t believe that our dog, Ellie, was at large at the stated time, and all we are asking is to view the evidence to determine if this is a legitimate offence.”

Ms Hughes reiterated in a letter to the council: “I will not be paying this infringement [because] it was absolutely not my dog, as my dog is always inside with me or outside on a lead or under my supervision; the council did not pick up my dog; the council [could] not obtain my dog’s microchip number from a dog they didn’t pick up; the ranger did not see the registration tag on my dog.”

She said the only information was a complaint by a neighbour. “No complaints have ever been made by any other neighbours having witnessed my dog off lead,” she said.

Mr Hughes said she had contacted council administration several times. “Each time they refuse our request for evidence or to view the photo. They either state that there are privacy issues – although if you go to court, you will have access to evidence in the brief – or they say that releasing evidence is not council policy.”

An email from the shire’s customer service team sent 23 September states: “As mentioned in your appeal response dated 11 August 2021, the shire will not provide you with evidence relating to the offence at this stage, if you wish for the matter to be referred to the Magistrates Court, council may decide to issue a summons and prosecute you for the alleged offence. Should you receive a summons, a full brief of evidence will be available to you.

“Please confirm if you wish to have this matter referred to court.”

Ms Hughes, who said 5.55pm on that late May day was 17 minutes after last light, said a ranger had told her husband they had a “blurry photo of a dog that could be a border collie”.

“VicRoads allows drivers to view photographic evidence of speeding or traffic light offences, yet supposedly the only evidence here is a blurry photo taken by a concerned neighbour, at night.

Ms Hughes said in a letter to the shire: “You have never seen my dog, you didn’t capture my dog, you have not sighted the tag or microchip number, so how do you know this is my dog?”

While standing firm on the fine, the shire’s community safety and compliance manager Shannon Maynard late last week admitted his department’s response to Ms Hughes’ request for evidence “could have been better”.

“I am satisfied with the investigation carried out by our officers, and that the dog in question was accurately identified,” he said. “While the review decision was correct, our response to the request for evidence could have been better and we are looking to improve our responses to issues such as this.

“Council officers will contact the resident to talk them through the evidence council has gathered.”