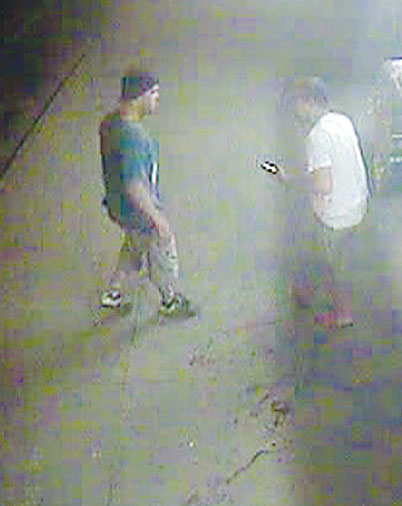 SECURITY cameras outside a shop in High St, Hastings, caught this dramatic image of the aftermath of a serious assault in Hastings.

The victim, on the right, can be seen leaving a trail of blood on the footpath as he moves up the street with a friend after being glassed in King St about 12.30am on Saturday.

Hastings police said the man, aged in his 20s and a resident of the Western Port area, sustained “extreme injuries” to his face and eye area and was taken to Frankston Hospital where he underwent emergency microsurgery.

Detective Leading Senior Constable Darren Sherren of Hastings crime investigation unit said the glassing occurred near the Coles car park. An altercation had broken out between two men after they had left the Western Port Hotel around midnight.

Detective Sherren urged anyone who heard or saw anything of the incident to call police on 5970 7800.