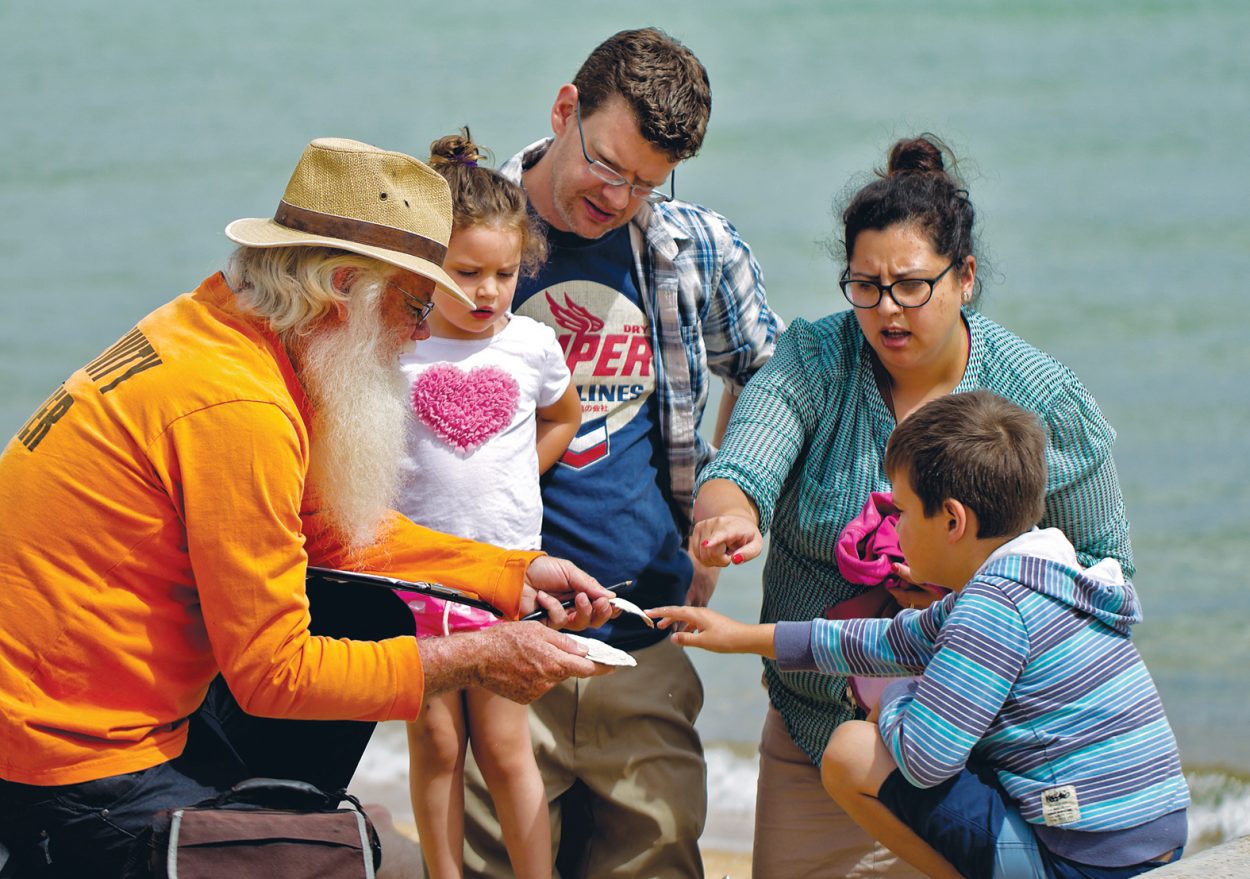 A NEW wave of micro-sized plastic pollutant is finding its way into Port Phillip in ever-increasing volumes, sparking growing concern among environmental watchdogs who warn urgent monitoring and research into the problem is required.

Thousands of pre-production plastic pellets known colloquially as nurdles have been found throughout the waterway and on beaches as far south as Mornington, Dromana and Sorrento.

The tiny pellets – usually between 3-5 millimetres in diameter – are petrochemical products that are poured into moulds and melted down at factories across the planet to form virtually everything made from plastic.

But increasing numbers of the pellets are escaping into the environment where they pose a deadly threat to wildlife.

Port Phillip Eco Centre director Neil Blake said birds and fish often mistook the pellets for food, which could not only result in starvation but also meant toxins they contained were entering the food chain.

“Research has proven that the pellets absorb other toxins,” he said. “They’re then swallowed by birds and fish, and enter the food chain, which is a serious concern.”

Mr Blake, who also heads the Baykeeper education and advocacy program, said safety procedures at industrial plants were clearly inadequate, and research and monitoring efforts by marine groups to track nurdles were in their infancy.

He has begun conducting nurdle surveys at Port Phillip beaches, in parallel with an existing seashell survey program run by Baykeeper, and recently visited Mornington, Dromana and Sorrento.

“We found a number of them at these locations, which is a concern because they would have escaped from production facilities far away in the city and further inland,” he said.

“That they have made it to Sorrento is significant and also indicates some may be washing into Bass Strait as well, so that’s a situation we really need to continue to monitor.

“Our suspicion is that the volume of this form of pollutant is incremental and ongoing, which rings the alarm on the management practices being employed by industry from where they’re escaping.

“At this stage we don’t really know how significant the problem is, but the evidence to date certainly rings alarm bells. We need to continue monitoring the situation to build a more comprehensive picture over an extended period of time to gain a fuller picture of exactly how significant the issue is.”

Mr Blake has issued a call to arms for peninsula “beach lovers” to sign up and hit the front lines in the battle to turn the tide on pollution in Port Phillip.

He said there was an urgent need for more volunteers to begin ongoing surveys at peninsula beaches to help monitor pollution and water health.

Volunteers need to spend only 20-30 minutes a week at a single location on an ongoing basis.

“We need citizen science to help build a clearer understanding of these trends,” he said. “We really need ongoing monitoring and observation, especially now that there are far fewer professional marine scientists being employed to study Port Phillip.”

Baykeepers has been conducting regular and ongoing shellfish surveys at Port Phillip beaches for the past six years, which has helped build an ongoing profile of bay health.

To register interest in surveys, email Neil Blake through the website: www.bay-keeper.com