Anguish and anger in wake of Luke’s death 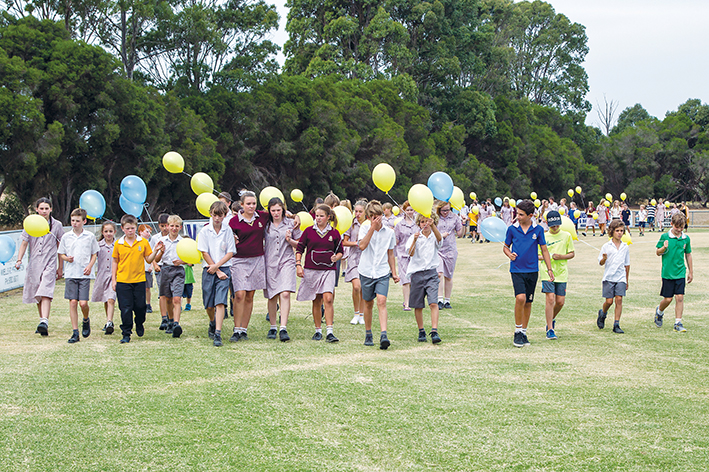 THE murder of 11-year Luke Batty by his father Greg Anderson at Tyabb on Wednesday last week released a wave of anguish and anger that swept around the world.

Luke was killed by his father as the two played cricket at Bunguyan Reserve after the boy had trained with his team.

The boy had asked his mother Rosie Batty for permission to spend a few more minutes with his father.

Ms Batty won praise and admiration for her measured and eloquent grief, carefully explaining her estranged husband’s long-term, undiagnosed mental illness while describing a fun-loving son who adored both his parents.

The trauma left behind in the wake of the suspected premeditated murder has dramatically affected the tight-knit Tyabb community, which on Wednesday night was reflected in candlelit faces during a vigil at the scene of the tragedy.

Mornington Peninsula Shire, the Victorian Council of Churches and the Red Cross established a “safe space” at Tyabb Community Hall on Frankston-Flinders Rd for residents who required counselling “or who simply wish to discuss how they are feeling”.

Beyond the peninsula, Victoria Police is investigating the fatal shooting of 54-year-old Anderson by police and how he escaped being imprisoned for failing to appear in court after breaching several intervention orders.

Police from Mornington say Anderson was shot after confronting them with a knife and after being sprayed with capsicum.

Chief Commissioner Ken Lay has admitted five warrants for Anderson’s arrest had somehow been overlooked when he was spoken to by police on 24 January.

Mental health experts have issued warnings about labelling all people with a mental disease as being dangerous amid similarities of the crime being made to Robert Farquharson, whose three sons drowned when he drove into a farm dam on Father’s Day in 2005, and Arthur Freeman, who threw his five-year-old daughter to her death from the top of the West Gate Bridge.

Luke’s death will be the subject of a review of the handling of the case by the Department of Human Services announced by Victoria’s Children’s Commissioner Bernie Geary to see if the “system” had failed.

Anderson, who had limited access to his son, was reported to have lived “rough” between a caravan at Patterson Lakes and his car.

Mornington Peninsula Cricket Association president Stephen Morone said grief counsellors had advised against allowing players from other clubs to wear black armbands because “this action could still cause grief for some people, particularly junior players”.

He said the MPCA board was “shocked” by the murder and had offered assistance to Luke’s family and the Tyabb club.

On Thursday the flag was flying at half-mast at Luke’s school, Flinders Christian Community College, where students were also being provided with counselling.