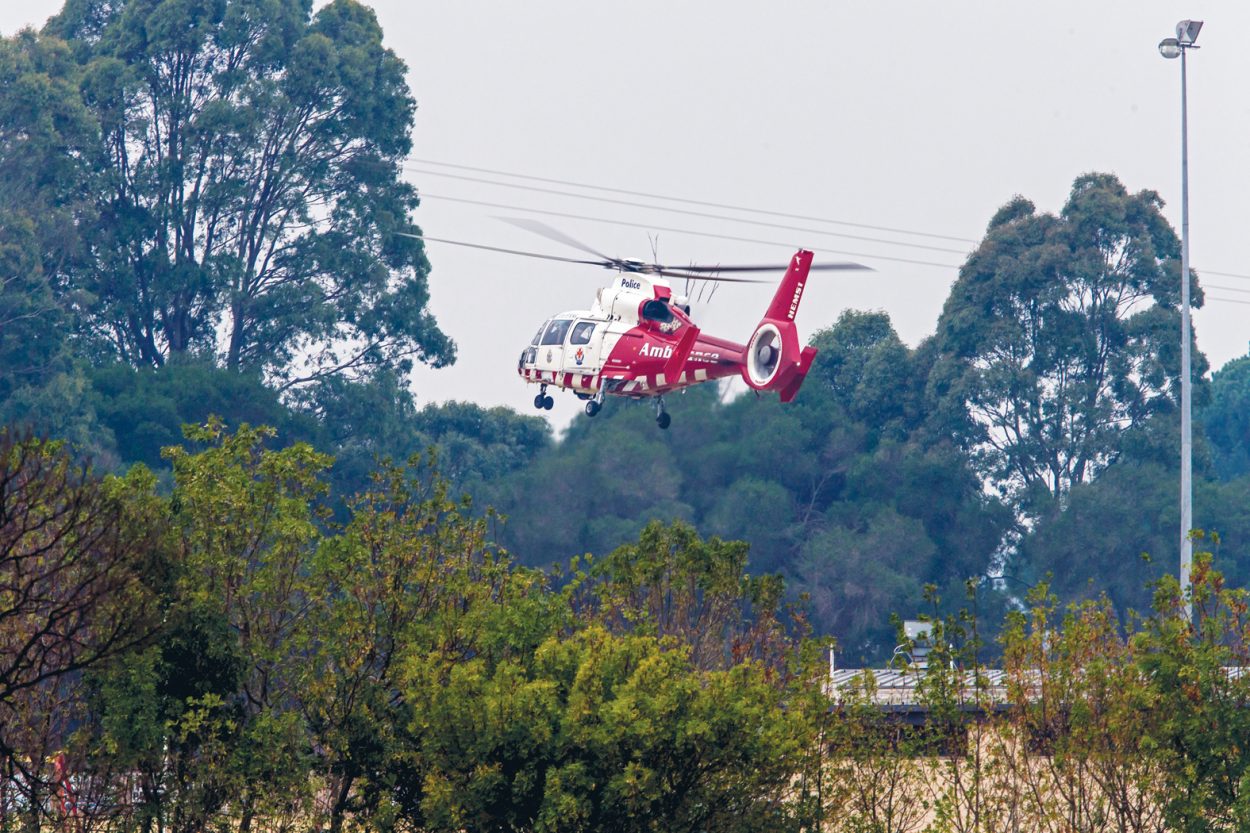 THE four Mornington police officers at the centre of last week’s tragic events in Tyabb appear to have done everything they could to defuse the situation and would be forever affected by the ordeal, senior police said.

With Hastings police tied up on other jobs, the two units from Mornington police station were the first officers to arrive at the Tyabb cricket ground shortly after 6.20pm last Tuesday and would have had no idea of the horrific situation they were about encounter.

What they were confronted with was the battered body of a young boy and a highly agitated and aggressive man covered in blood and armed with a large knife.
Moments earlier, he had threated ambulance officers. Now he was turning his hostility on them.

While the exact circumstances surrounding the fatal shooting of Luke Batty’s killer, his father Greg Anderson, are subject to several ongoing investigations, it appears police had little option but to open fire.

An interim police investigation suggests Anderson had planned in advance to go to the Tyabb sports ground to kill his son and then commit “suicide by cop” by forcing police to shoot him.

Witnesses said Anderson, armed with a large kitchen knife, had shouted “shoot me” as he rounded on the four police officers.

The officers attempted to talk to him, telling him to drop the knife. They then tried to subdue him with capsicum spray. When this failed, and with Anderson now running toward them, one of the officers fired a single shot into his chest. Even this failed to stop him, with police having to use physical force to subdue the mortally wounded killer. He died about six hours later at The Alfred hospital.

Mornington senior sergeant Ron Barbary said the four officers, who were all currently on leave, had been confronted with a situation that all police dreaded.

“It’s not often a police officer ever has to even draw their firearm in the line of duty, let alone a situation like this,” Senior Sergeant Barbary said.

“People are changed forever by things like this but they will receive all the ongoing counselling and support they need to help them get back to their jobs as soon as possible.”

Police Association secretary Greg Davies said the officers had been placed in a “horrific situation” and appeared to have had little option but to open fire.

“It’s a police officer’s worst nightmare to see a young tacker apparently murdered by a man who turns out to be his father, who then advances on you with a knife,” Senior Sergeant Davies said.

“[The police officers] appear to have done everything possible to avoid this outcome; he’s already killed his own son and there’s potentially dozens of other children in the vicinity.”

Chief Commissioner Ken Lay said while the circumstances surrounding the tragedy were subject to ongoing investigation and review, he was confident the officers acted appropriately.

“It was certainly a dynamic situation. They were confronted with a critical incident and they used the options they thought best,” he said.

Luke’s mother, Rosie Batty, who watched the horror unfold, was supportive of the police, extending her sympathies to the officer whose hand appears to have been intentionally forced by Anderson.

“He was confrontational, he resisted arrest on a number of occasions, he was aggressive; they were put in a position that he wanted to put them in, I’m clear on that,” Ms Batty said in an interview with a radio station.

“But he shouldn’t have taken my little boy with him.”