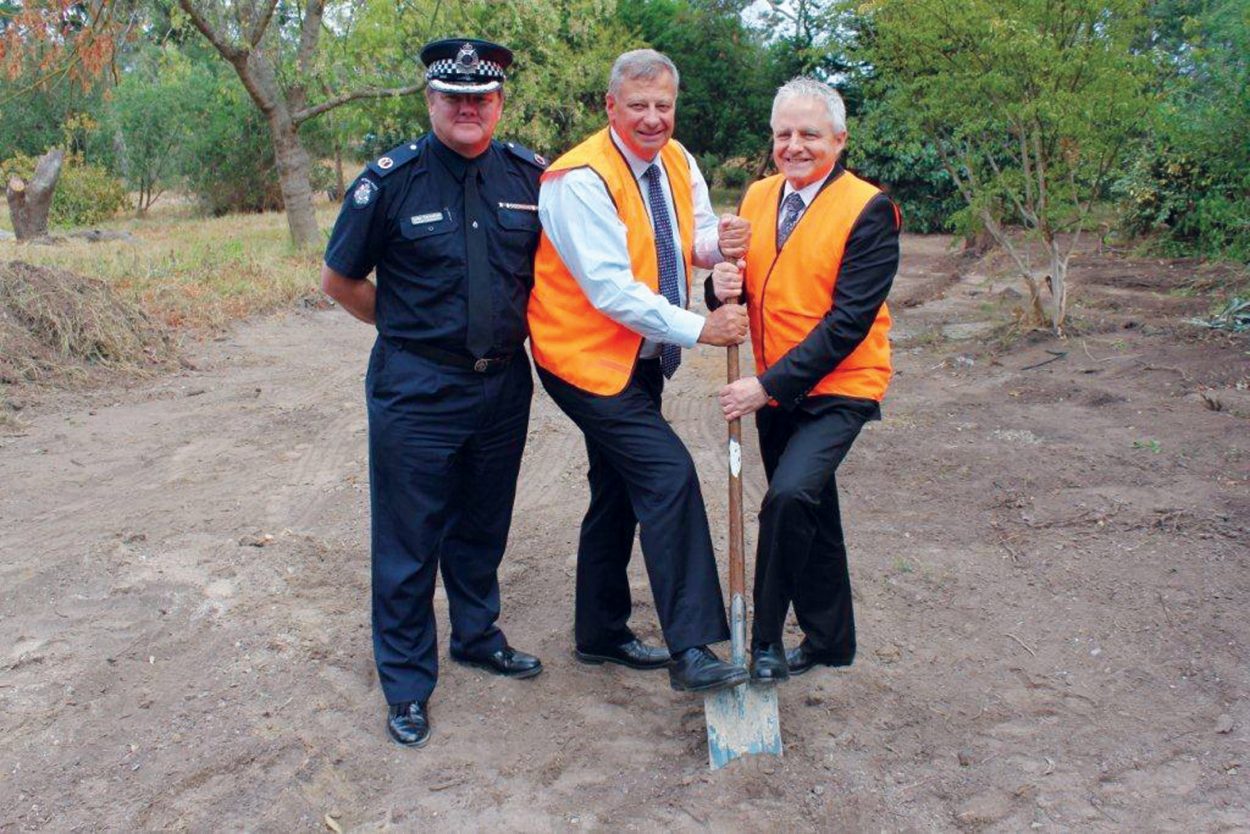 The station, at the corner of Eramosa Rd West and Coolart Rd, is designed to accommodate 150 police officers and staff, and will include a uniform branch, highway patrol, crime scene unit and short-term holding cells.

It will also feature public consultation and interview rooms, a mess room, changing rooms, gymnasium, administration areas and conference room facilities that can be adapted for emergency management.

The 2500-square metre police station, which will operate 24 hours a day, is expected to be completed in March 2015.

“The station will provide a 24-hour police response that will allow quicker responses to incidents and meet the needs of a growing population across the region,” he said.

Plans for a police station in Somerville were first announced by the state government in 2011 following extensive community lobbying.

The site was selected in September 2012 after $2 million was allocated in the 2011-12 state bud­get for land and draft design proposals.