Gina’s crusade looks for a hand up to help 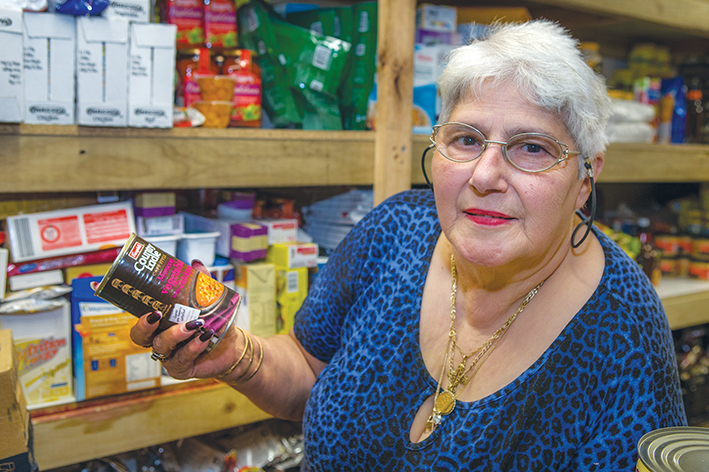 FROM her first memory, Gina Poulos was taught to give.

A migrant family from Cyprus, she recalls there always being people at their house, and those people never leaving empty handed.

“When we arrived in Australia, we settled in Traralgon. I always remember my parents being very generous people and they taught us to always give people whatever we had” said Mrs Poulos.

Her father eventually owned rental properties in the area. Sometimes the people renting the houses had fallen on hard times, so when they came around to pay the rent, the family made sure they never left empty handed.

“It was the strong religious upbringing that was at the root of it all.”

Once married, Gina followed in the tradition. It started with giving food, but the need was too great for Gina to ignore.

“My husband and I eventually opened Theodora House in Morwell, to put a roof over the heads of troubled people.”

“Theodora means ‘A gift from God’,” said Mrs Poulos. “It was open to all. Families that were down on their luck, those with mental illness, and even people straight from gaol.”

“It was like a petrol station. People would arrive empty, and they’d leave refilled.”

Eventually Theodora House closed and Gina and Peter decided to move to Langwarrin to be closer to their grandchild.

“We still have a food bank in Morwell, run by volunteers, but it was time for us to move on.”

As it turned out, the art of giving wasn’t finished with Gina Poulos yet.

“Once in Langwarrin, I began seeing the same need I’d seen in Morwell,” said Mrs Poulos.

“I began giving out food, and it has grown into a big operation once again.”

While the primary reason for contacting Theodora House is the need for food, that is just the start for Mrs Poulos.

Mrs Poulos started packing food parcels in an old marquee in her front yard in Langwarrin.

“People thought we were holding a garage sale. They’d stop and say hello. Some of those people even became our clients.”

“We supply food parcels from Rye in the south up to Hallam. As times have become tougher, the demand has tripled.”

Currently. Theodora House in Langwarrin is servicing about 80 families, and cooking about 300 meals a week.

“Our food parcels have all the basics, but we try and include some cooked meals in their too for the families. Also, I do put a couple of lollipops in there for the kids. Looking after the kids is something close to my heart”.

After having their first delivery van stolen and set on fire, their second van is now broken down.

With so many people to help, and no transport, Theodora House are having trouble getting their food parcels out.

On top of that, cooking 300 meals a week on a four burner stove and trying to find room to pack their food parcels is also making life difficult.

“We’d love some help. If someone has an eight burner stove, or a marquee we could have that would be great, and of course we are looking for another van to get our deliveries out,” said Mrs Poulos.

“These things don’t need to be new. Just reliable so we can help the people who depend on us.”

Mrs Poulos’s house in Langwarrin is a hive of activity these days. Helped by volunteers who have come on board to cook, pack parcels and do deliveries, she is also assisted by family members.

“My husband and three daughters are a great help. Even my 94 year old mum who lives next door comes and helps each day!”

“If you do something with your heart and get enjoyment, it is its own reward.”