‘Gang of six’ dares to dream on station revamp 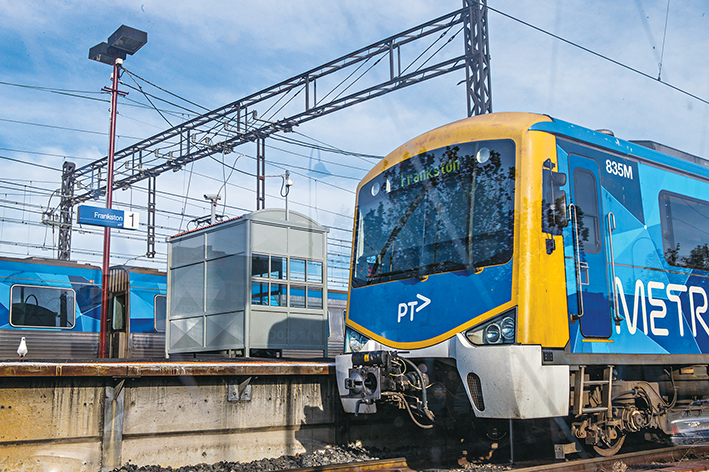 FORMER Frankston mayor Christine Richards made the rejuvenation of Frankston’s railway station, surrounds and its bus interchange a priority when she was a councillor and has not given up the dream of seeing change at the long-time blight on Frankston’s reputation.

Ms Richards called time on her council stint in 2012 after serving a four-year term as a councillor. She decided to try to find a work-life balance in the wake of a bout of cancer.

However, she has now decided to try to effect change for the better from outside the environs of city hall by establishing the Frankston Community Coalition, a group of six people who aim to “be active in the 2014 state government election to be held this November”.

The group’s first aim is to try to get the Frankston Station redevelopment project back on track.

Ms Richards, the group’s convenor, told The News it was vital for Frankston Station to become “an attractive and drug-free station and public transport precinct” for residents and visitors to the area alike.

“Frankston Station is a perennial problem that has been neglected by both major parties for decades,” she said. “Money is already on the table for the Frankston train station but it’s being misspent. Solutions have been promised by parliamentarians, but have not been properly delivered by the bureaucrats.”

“By contrast, the State Government plans cut-back on parking and further discourage car-travellers from entering the city.”

“The proposed council office footprint of 2620 is slightly larger than the existing building, but would have at least five storeys, with a carpark underneath” Mr Ferris said.

“The building can incorporate key green initiatives including solar panels, water re-use, some recycled materials, with far better facilities, meeting rooms and staff areas. The corner site links with the new pool, and is a prominent position that is currently under-utilised. Additional levels could be let to private industry. Office occupants would enjoy bay views.”

Mr Ferris said the sale of the existing council offices could provide funds for the project, along with money from state and federal sources allocated for transport infrastructure.

A traffic engineer would have to be hired to ensure traffic jams did not become a problem in the area, according to Mr Ferris.

Independent maverick MP Geoff Shaw has toed the Liberal Party line on the Frankston Station Precinct Improvement Project draft plan saying in state parliament last week that Frankston residents’ views would be taken into account when redeveloping the train station and its surrounds and asking state transport minister Terry Mulder to clarify whether the $13.8m project is “a waste of money”.

“There is a small group of agitators, led by a former mayor and backed by certain Frankston councillors, criticising the plans through the media. The agitators are stating that this is all a waste of money for a few trees and cosmetics,” Mr Shaw said.

In reply, Mr Mulder said the state government’s draft plan had been finalised after “extensive community engagements” and “a series of design workshops held in 2013-14 between state and local government.”
“I say to those agitators who raise the issue of transport safety and efficiency before trees, the amenity of the station is just as important as the efficiency of the public transport network and the way the public transport network interacts with the community,” Mr Mulder said.

“The PSOs [protective services officers] on the station, the upgrade to the Frankston line, the money we have invested in maintaining and improving that line have resulted in a massive increase in [trains] punctuality – 90.8 per cent over 12 months.”

Community feedback on the state government’s Frankston Station Precinct Improvement Project draft plan can be lodged by Friday 23 May via www.dpcd.vic.gov.au

Ms Richards said the Frankston Community Coalition is holding a public meeting about its plans to transform Frankston station at Mechanics Hall in Plowman Place on Thursday 22 May at 7.30pm. Doors open at 7.15pm.