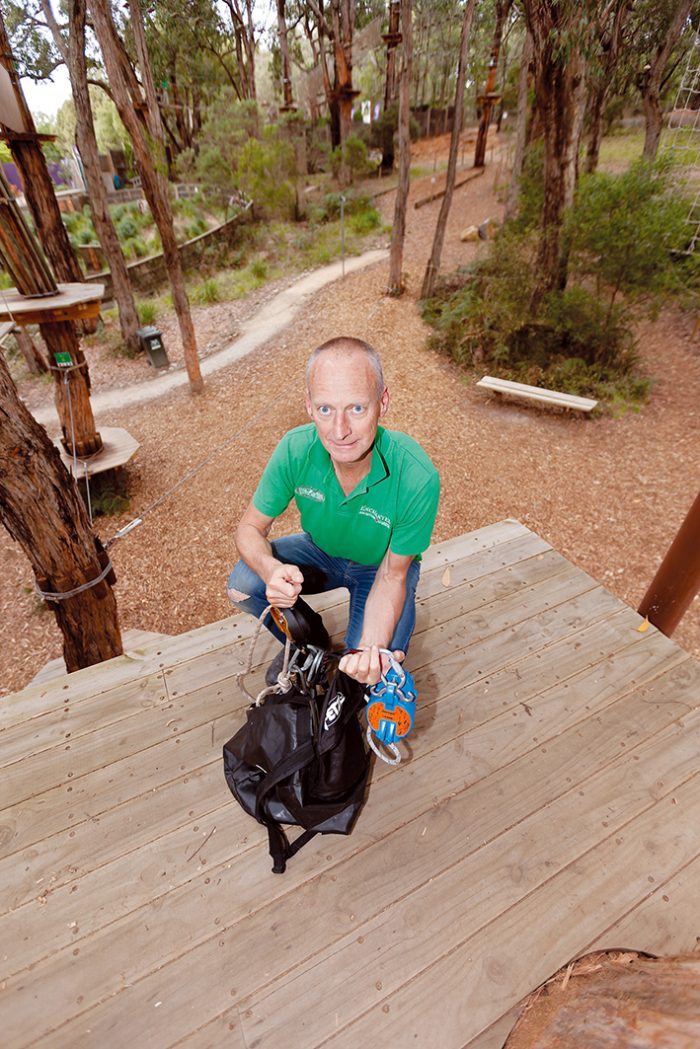 Business owner Michael Savage said the kit, worth more than $2500, was thrown over the fence of the tree climbing section at the premises.

Mr Savage reckoned the theft by three male and one female intruder just after midnight on Tuesday 29 April had been “opportunistic” but said their actions had still cost him money (‘Tree surfing intruders steal show’, The News, 6/5/14).

“I still had to buy a back-up rescue kit to replace the one stolen as there has to legally be one on site at all times,” Mr Savage said.

“The public awareness and feedback about the theft has been amazing thanks to both the original newspaper article and people circulating appeals for information via Facebook,” Mr Savage said.

“I reckon the cops would be pretty close to catching up with them.”

The intruders risked their lives by climbing up on to the tree-top obstacle course which features bridges and zip-lines between tree-based platforms up to 10 metres high.

Security cameras on site were disabled by the four but an image of the woman in the group was captured before this occured.

“We haven’t been able to identify the woman yet,” he said.

Anyone with any information should contact Crime Stoppers via www.crimestoppers.com.au or by calling 1800 333 000.