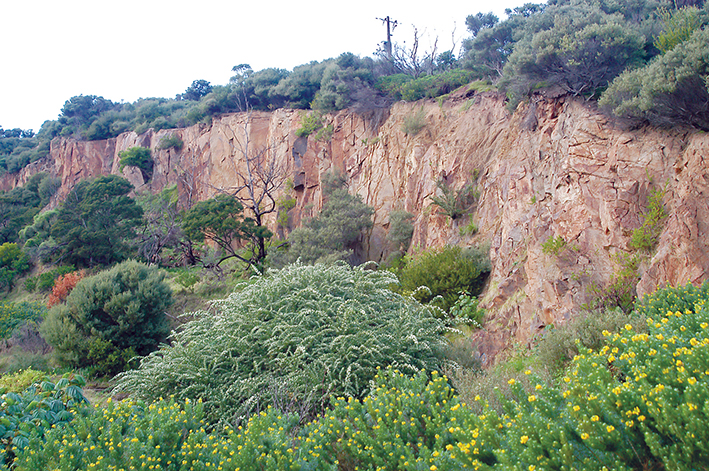 THE MT Martha quarry reserve is on the list of land to be sold to help pay for a swimming pool complex at Rosebud.

With no guarantees of any significant government grants Mornington Peninsula Shire is scrambling to raise money for the Southern Peninsula Aquatic Centre (SPA), as its projected cost escalates towards $40 million.

Architectural firms Cox Architecture, Peddle Thorp, Suters Architects and Williams Ross will be asked to participate in a design competition for the foreshore aquatic centre.

The shire withdrew from a 2003 bid to rezone the quarry and several blocks of land above it after opposition from residents and rejection by a government-appointed planning panel.

The panel said the high density residential zoning sought by council was unsuitable for the “sensitive and visually prominent location”.

Property and valuations manager Yasmin Woods told The News last August that the shire had not yet “resolved the method of sale and is currently investigating development density before rezoning the land is considered”.

Notice of the shire’s intention to sell the quarry, the former Mornington High School site and the Mornington Youth Club in Wilsons Rd, Mornington, is revealed 235 pages in on the 2014/15 budget papers (page 74 Section D).

The budget papers say the sale of the quarry is included in the $60,000 earmarked for “property disposal”.

It is stated that: “A number of property disposals, including the Mount Martha Quarry, the former Mornington High School site and the Mornington Youth Club in Wilsons Road, will be prepared for consideration by Council,” under the heading “How will 2014/15 be different from the previous year?”.

Members of the Stanley Cres and Surrounding Streets Association want the quarry retained as open land and restored as a low-key nature reserve with wetlands for birds and frogs.

Cr David Gibb, whose Seawinds ward includes the quarry, said it had been the shire’s longstanding aim to sell the quarry, although he had no idea when it would go on sale.

“It’s just sort of progressing,” he said, adding that the sale had also been listed in the previous year’s budget.

Cr Gibb said councillors did not “micro-manage” the sale of unwanted assets once a decision had been made for their disposal.

His ward colleague Cr Graham Pittock on Friday said he “hadn’t heard a word” about the planned sale.

However, he was happy for the quarry to go “for the right purpose”.

Cr Pittock said four housing blocks owned by the shire above the quarry face had “big issues” of amenity for neighbouring property owners.

“We are desperately short of money and up to $50 million might be needed for the SPA at Rosebud,” he said.

Cr Pittock said the latest estimates of $40 million did not include “$7 million in geotechnical considerations which we were told about some years ago”.

He said land earmarked for disposal by the shire at the rear of Eastbourne Primary School in Rosebud was large enough for the aquatic centre.

Selling that open space for housing and then using the foreshore for the SPA leads to a diminution of open space.”