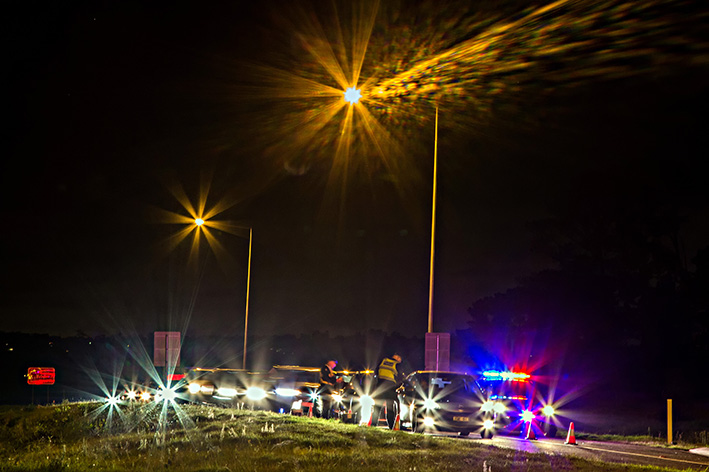 POLICE were out in force across the Mornington Peninsula over the Queen’s Birthday long weekend, issuing hundreds of penalty notices and breath-testing more than 10,000 drivers.

But it wasn’t just drivers affected by alcohol or drugs who were in the spotlight during Operation Wasp, with police also focusing on speeding, mobile phone use, seat belt offences and fatigue-related issues.

“It’s fantastic that we have spoken to 4926 drivers and they were all doing the right thing,” he said.

“However I am concerned that we still detected drivers who continue to have a few drinks and risk the drive home.

“We will continue to be out in force over the weekend and I urge all drivers to take responsibility for their actions and to remain safe on the roads.”