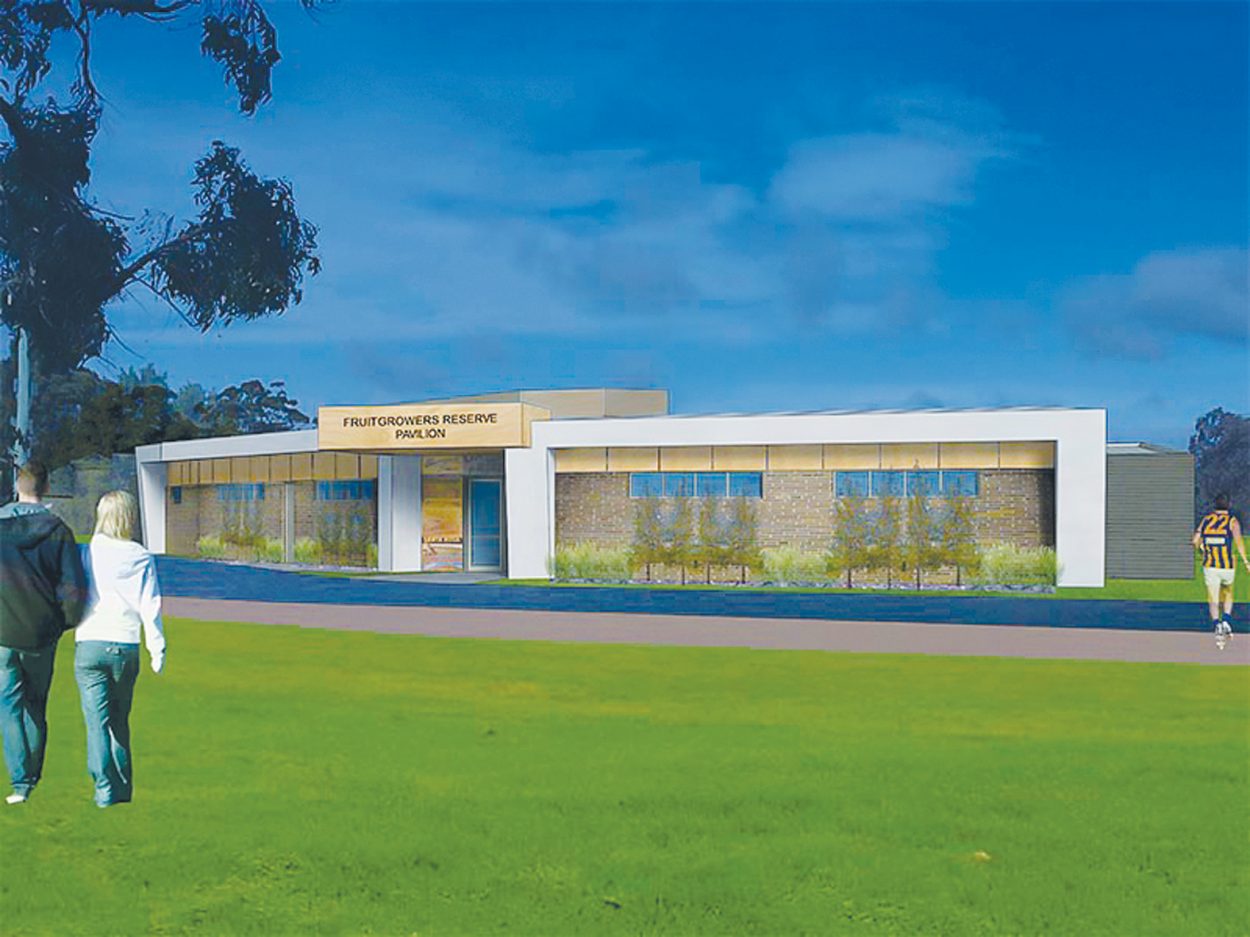 Home ground advantage: An artist’s impression of the entry to the new sports pavilion to be constructed at Fruitgrowers Reserve in Somerville. Work will begin in August and is due to be completed by May 2015.
Share
Facebook Twitter LinkedIn Pinterest Email

WORK on a new $1.6 million sports pavilion at Fruitgrowers Reserve in Somerville will begin in August following announcement the construction contract has been awarded to Melbourne builder 4 Dimensions.

Building works, which are slated for completion by May 2015, will triple the size of existing facilities from 157 square metres to 446 square metres.

The new pavilion, which will be occupied by Somerville Junior Football Club and Somerville Cricket Club, will include multipurpose change rooms for players and umpires, a social room, kitchen, kiosk, store rooms, amenities and public toilets.

The existing facilities, including a toilet block, shelter shed housing a kiosk and home change room, and a tin shed that serves as the away change room, will be demolished to make way for a single building with social room, multi-purpose change rooms, toilet and shower facilities, office, store rooms, toilet for disabled person, kitchen/kiosk, first aid room and external public toilets.

The project includes a number of sustainable design features, including low-energy lighting, heating and cooling to reduce greenhouse emissions, as well as water-efficient taps, cisterns and rainwater tanks for flushing toilets.

Detailed plans were developed under the direction of a project steering group consisting of council and Somerville Junior Football Club and Somerville Cricket Club representatives.

To minimise disruption to local sporting activities at Fruitgrowers Reserve, sporting groups will continue to use existing facilities, including the temporary portable change rooms provided in 2012.

Once the building works have been completed, the temporary portable building will be relocated to Emil Madsen Reserve, Mount Eliza.