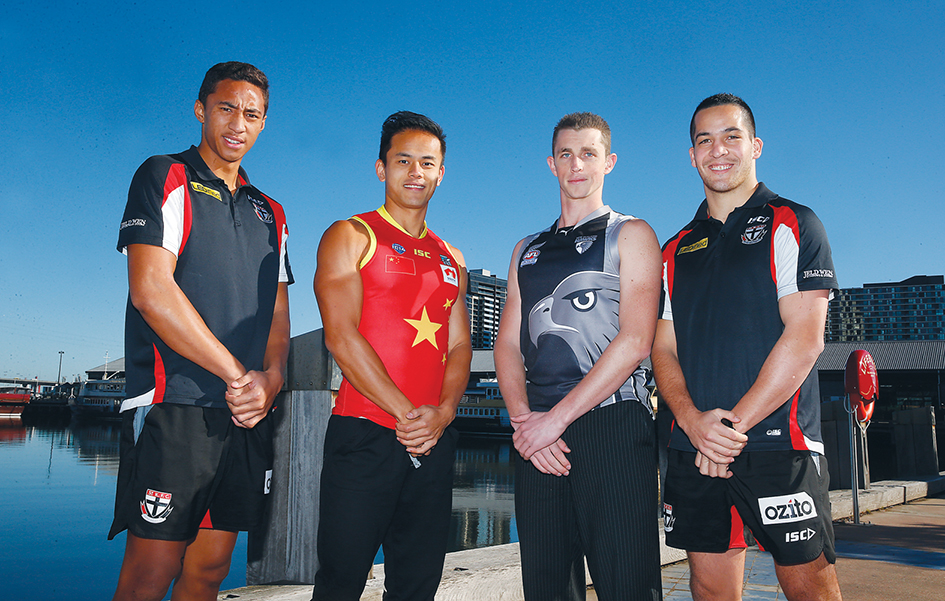 CHINA versus New Zealand in Aussie Rules footy? What next! It seems the game really has gone international.

The teams will meet at Seaford on Wednesday as competitors in the AFL’s International Cup series hosted by the Linen House Centre. It will be the first International Cup game to be played away from Royal Park.

“We enjoy state of the art facilities at Linen House Centre and I think the New Zealand team will feel right at home here when they come to play,” St Kilda’s New Zealand ambassador Shane Savage said.

“AFL is a sport that brings people of many cultures and nationalities together and it will be a great spectacle for the community.”

Teams from 18 countries – fielding 900 players – will give footy fans a taste of cultures from around the world during the tournament, in which amateur players must be nationals of the country they represent.

They are among 100,000 players throughout the world who share a love of Australian football.

Enjoy free entry and a barbecue at the match, which runs from noon-2pm. It will feature St Kilda’s own International Scholarship holder, Joe Baker-Thomas, representing his native New Zealand.

New Zealand players will perform a Hakka prior to the match at 12.25pm.

The Linen House Centre is at 151 East Rd, Seaford.