DRAMATIC scenes followed the attempted arrest by police of a 14-year-old Hastings boy on Sunday for riding an unregistered “monkey bike” along a public road.

As Beau Howroyd was being marched towards a police car in Derwent Court about 3pm a family friend – Shawn Lyndon – intervened and began a tug of war with the arresting officer. It was a case of “Let him go,” “No you let go,” as the men pushed and shoved.

Mr Lyndon and his young friend then managed to run away.

A crowd had gathered in the street to watch the incident and it was captured on a neighbour’s mobile phone.

Amid jeers from neighbours, police backed off.

Senior Sergeant Alan Courtney of Hastings police said on Monday that Beau Howroyd would “be interviewed by police at a later date”.

The bike has been seized. Last week he was fined for riding a motor bike without a helmet. Senior Sergeant Courtney said police had responded to complaints by neighbours about unlawful trail bike riding at West Park before the incident occurred.

A police unit went to the area and attempted to get the boy’s name and address before visiting his parents.

However, “as a result of his general attitude and the milling crowd”, the police did not force their hand at the time,” Senior Sergeant Courtney said.

“As trifling as this matter might have been, once a police member asks for a name and address, it goes from being a council bylaw offence to a criminal matter.

“The boy probably wouldn’t know that and we are taking his age into account.

Senior Sergeant Courtney said the two Hastings police officers involved in the incident “had to make an operational decision” on how to respond to the “inflamed situation”.

“When other people come between you and someone you have arrested, the custody line has been broken and you have to make an on-the-spot decision,” he said.

“You have to decide whether you will try to win that battle, or go away and come back later and win the war.”

Beau’s mother, Tracey Daniels, told a Channel 7 news crew: “Could I grab that copper by the ear and drag him?”

“A big part of the problem is that they won’t just walk their bikes or put them on a trailer to go to a reserve – they ride them unlicensed and unregistered along public roads creating a hazard for other road users. It’s dangerous and irresponsible.”

Police encourage the bike riders to use “the right bike, right gear and right place” for weekend trail bike rides, such as reserve land near BHP.

Detective Senior Constable Brian James, of Hastings CIU, would not “comment on specifics” but said an “ongoing investigation” would determine if charges would be brought against Mr Lyndon for interfering with the police action.

He said penalty notices for riding an unregistered and unlicensed monkey bike totalled $800 and recovery fees for the impounded bike $500.

Facebook came alive with comments after the drama – with virtually all commending the police action:

“If there was respect they wouldn’t have to be heavy handed. They may need the police to be on their side one day.”

“No respect for authority. The police have enough to do and I wouldn’t think they should have to put up with nonsense that could have been avoided if the child had some respect for the law. I’m glad the police weren’t needed somewhere more important. Heck, they are already understaffed in an area that could do with more funding.”

“No respect for other local neighbours and law. There are motocross tracks, but parks and walk ways are not the place to ride.”

“Maybe his mum should buy a trailer or and maybe a car and take him to tracks; keep him off the streets – but at 14 grow up.”

“No respect in those kids! Allowed to do what they want. The mother needs sorting out, too.”

“Police are just doing their job and these people have no respect for the law. Teach the kid a lesson and respect. The parents never got! It’ll be good for him.”

“People get away with too much.”

Police can impound illegally ridden trail bikes and other “recreational vehicles” on the Mornington Peninsula after an amendment to local laws was approved by the shire council.

A shire spokesperson said the changes in March had been made following “ongoing complaints” by Victoria Police in relation to the illegal use of recreational vehicles – in most cases, trail bikes. Similar rules have been in force in Frankston for about two years.

Senior Sergeant Courtney said at the time that the new rules would enable police to seize illegal vehicles immediately “and get them off the street.” 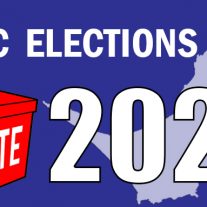