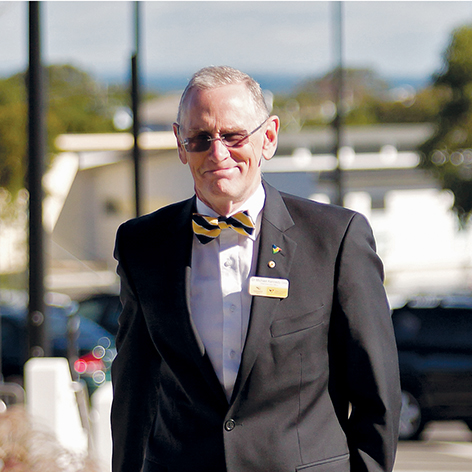 MORNINGTON Peninsula Shire CEO Michael Kennedy believes he is “the very best person” to continue in the role he has held for the past 15 years.

A newspaper advertisement campaign for the job launched on Saturday said the successful applicant would need to “deliver inspirational and visionary leadership”.

Whoever gets the $350,000 a year job will also be expected to “drive strategic change” and have the “ability to see things from a fresh perspective”.

One day after councillors surprisingly decided to test the market rather than reappoint him, Dr Kennedy emailed staff – “team-mates” – with the results of his annual performance review.

The email notifying staff that he would apply to continue as CEO was followed nine days later on 21 August by a news release from the mayor, Cr Antonella Celi, stating that Dr Kennedy’s performance had exceeded expectations.

“All councillors have contributed to a robust and balanced assessment, and have once again rated Dr Michael Kennedy as very good, with strong achievements in his performance criteria and exceeding expectations,” Cr Celi said.

The CEO is the only member of staff directly appointed by councillors.

Applications for the shire CEO position being advertised by the Slade Group recruitment firm close 28 September.

As reported in The News on 19 August (“CEO’s job to be advertised”) the decision to seek other candidates for the shire’s top job weas made behind closed doors at a “special” Special Purposes Committee Meeting.

It is understood that just three of the 10 councillors at the meeting voted to reappoint Dr Kennedy.

The shire media release about the councillors’ decision on the CEO was emailed at 10.21am the next day. It was followed 17 minutes later by Dr Kennedy’s “Team-mates” email to staff.

The decision to not advertise the job was made in the lead-up to a byelection to fill the then vacant Red Hill ward seat, subsequently won by Cr Tim Wood.

He recommended changes in how the shire dealt with FOI applications and urged counselling for then corporate support manager Noel Buck and for Dr Kennedy. Mr

Buck was counselled; Dr Kennedy was not.