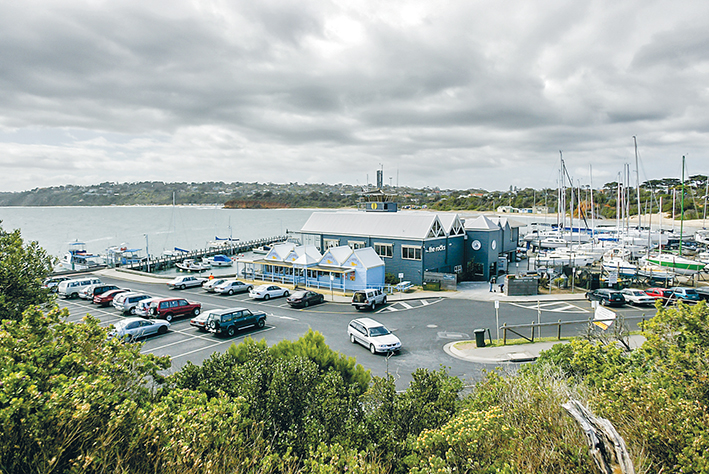 MORE than $800,000 will be spent to improve traffic flow, car parking, and pedestrian and boat ramp access at Mornington’s pier precinct.

This will be combined with $365,000 from a state government boating safety and facilities fund with the balance coming from Parks Victoria.

The work will level the area between the pier and the yacht club, and there will be a roundabout at the pier end of Schnapper Point Drive to enable cars and buses to turn more easily. Other items will include bollards, trees and shrubs, information signs and street lighting.

But the long-term problem of traffic congestion and lack of parking at peak summer times will not be solved.

Members of Mornington Harbour Precinct Working Group have been wrestling with competing interests since the group was formed in mid-2012 after Mornington Peninsula Shire councillors knocked back Mornington Yacht Club’s proposal for a private marina in the harbour.

Several reports have been prepared for and analysed by the working group, with one traffic consultant’s report saying the problems cannot be solved unless the shire and state are prepared to spend millions of dollars.

Another consultant submitted a report calling for a new version of the marina but this was axed.

The shire will now continue working on the Mornington Harbour Precinct Plan but its implementation will require a large contribution from the state government.

Shire officers will prepare a further report for council’s consideration to form a Mornington Harbour Precinct Reference Group, as recommended by the working group.

Mornington has outgrown its little harbour precinct but the real problem is lack of room to expand car parking. The plan approved last week will see a loss of about seven parking spaces.

Suggestions of cutting into unstable cliffs to create more parking have been rejected by some working group members. The yacht club is resisting a call for its hardstand area to be reduced.

Mornington Environment Association president Jan Oliver said the long-term solution to lack of parking was to create a “park and ride” service similar to the one that operates for Beleura House and Garden in Kalimna Drive. Visitors to the historic property must park at Mornington Peninsula Regional Gallery and are transported cross town by bus. (Visitors have been parking at Mornington Golf Club during the Archibald Prize exhibition at the gallery.)

“We suggested the shire consider the fire brigade training area in Mornington Park for overflow cars. The area has not been used by the brigade for many years, is sealed and has access via Flinders Drive,” she said.

The forecourt work is expected to be done between mid-April and July 2015.