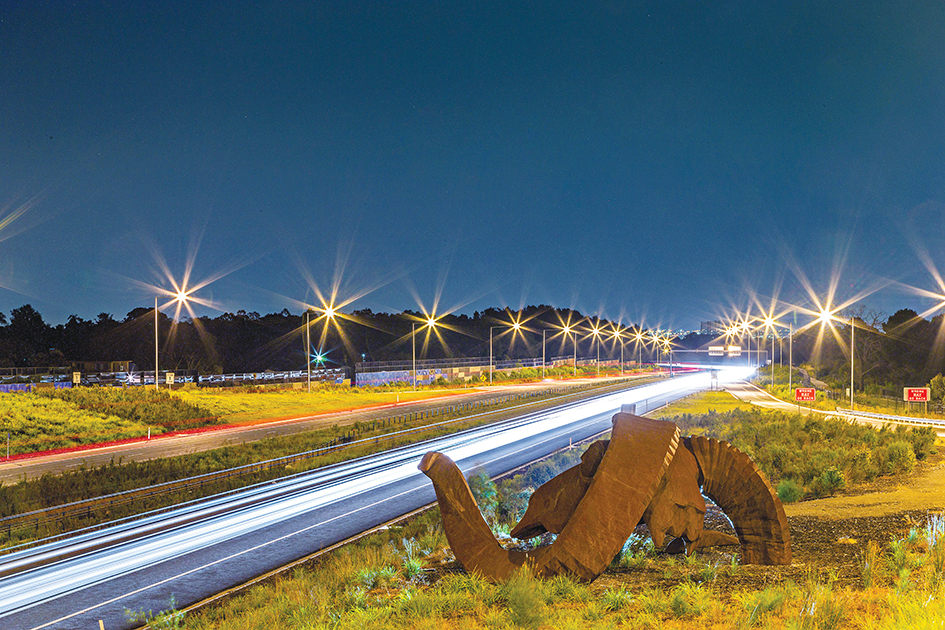 MORE than two years after opening on 17 January 2013, Peninsula Link freeway will get directional and tourism signs that were omitted from the original brief for the $760 million road.

At least $175,000 of the cost will come from a federal Coalition government grant organised by Mr Billson in what some people will see as an unfair cost burden.

Peninsula motorists were surprised and disappointed at the lack of directional signs when the freeway opened in 2013. Strangers to the peninsula using the freeway were even more disappointed when they ended up lost or on the wrong road.

There were no signs on the four-lane road showing traffic where to exit to reach Baxter, Hastings and the Western Port side of the peninsula.

Signs showing drivers how to get to Mt Martha were also omitted. Few tourism signs were erected.

In August 2013, Mr Billson said the Coalition government would contribute $175,000 to “refresh and update the ‘Tour Peninsula’ tourist directional signage and to correct location sign errors such as omitting the Baxter township”.

Last Friday he said there had been “unacceptable delays” in getting the signs installed. “This has been an exasperating experience,” he said.

The MP said “30 plus signs” would be installed on the freeway as well as on EastLink tollway, Frankston-Flinders Rd, Moorooduc Highway, and Peninsula Link “feeder” roads.

He said a meeting of freeway builder Southern Way, Linking Melbourne Authority, VicRoads and Mornington Peninsula Shire last week had signed off on all but two of the signs.

Mr Billson said he was told signs had not been installed during freeway construction because they were not included in the original contract between the state government and Southern Way.

The contract will have to be altered to reflect the installation of the signs.

Quotes for the work would be sought in early February and work would likely be completed mid-year, Mr Billson said. Baxter signs would be a priority. The $175,000 would be given in stages to the shire as the coordinating authority.

In 2013, Mr Billson blamed the state Labor government for not including a comprehensive signs plan when it signed off on the private-public partnership with freeway building consortium Southern Way, which was managed by Linking Melbourne Authority.