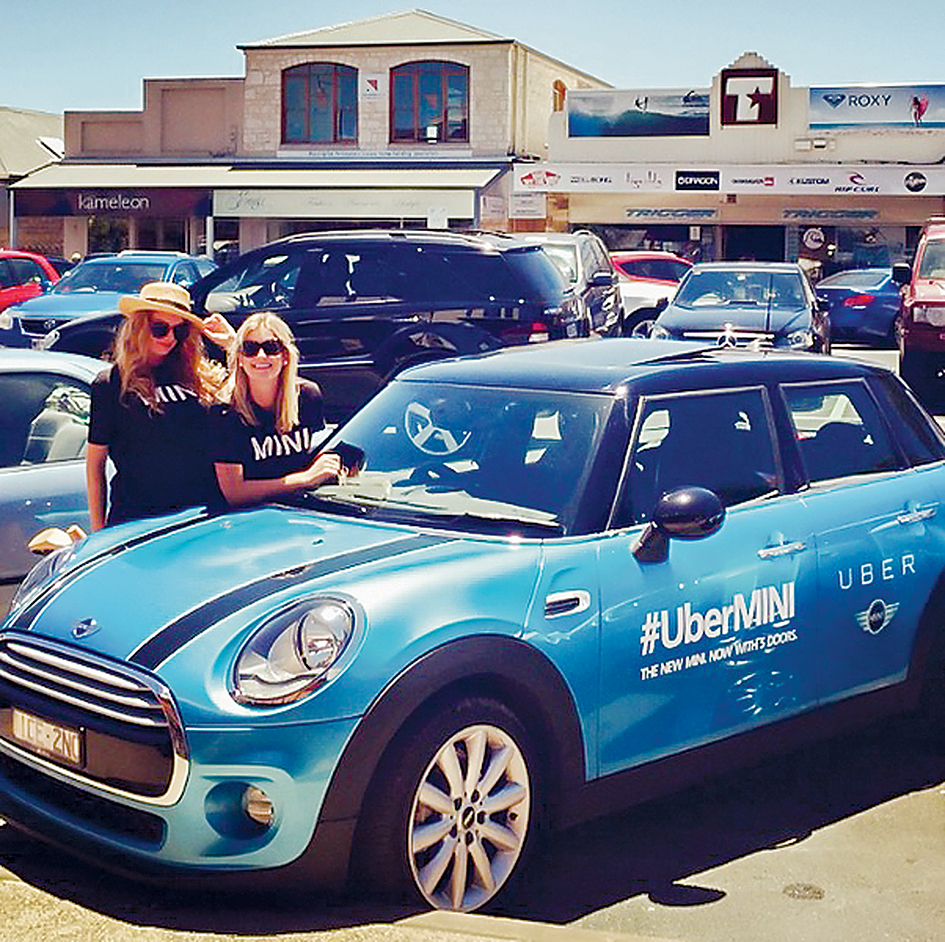 NIGHT-TIME taxis patronage across Frankston and the Mornington Peninsula has dived after the launch of Uber’s ridesharing service in late December, according to frustrated cabbies.

US based Uber, backed by corporate goliaths including Google and investment bank Goldman Sachs, is operating its uberX service illegally in Victoria (‘Uber’s arrival challenges taxi operators’, The News 20/1/15).

Taxi owners and drivers are angry that the state government and regulators seem unwilling to act to stamp out the unregulated ridesharing service.

Several have told The News young people in the 18-30 age bracket in particular are shunning taxis and using Uber’s smartphone app to book car journeys after leaving pubs and clubs.

The uberX app enables passengers to book car rides with drivers who have listed their details and vehicle with the service. No cash changes hands.

Passengers make an online payment and Uber takes a 20 per cent commission then pays the difference to drivers.

The drivers do not have to pass any tests to list their details with Uber. After each paid journey drivers and passengers can publicly rate each other’s performance via the smartphone app.

Sandy Spanos, founder of industry group Victorian Taxi Families, is outraged successive state governments and regulators have failed to step in and stop the uberX service operating in Victoria.

“Uber is unaccredited, unlicenced and uninsured and they pay no tax,” she said.

“They’re snubbing their noses at our laws. It costs my husband $140 a day to keep a taxi on the road… what are they [Uber] paying?”

“I can’t understand why every taxpayer in Australia isn’t outraged by this.”

Some Uber drivers have been fined $1700 when caught by transport inspectors but Uber is reportedly paying drivers’ fines.

Peninsula based taxi driver Mickey, who did not want his full name published, said Uber “is taking a lot of work from us”.

“It’s illegal and they can’t deny that.”

“We can’t stop the passengers… the drivers need to be educated and realise they can be charged.

“The enforcement is not happening from the government.”

He said “there has been a huge drop-off in business” since Uber launched across Frankston and the peninsula.

Younger people regard Uber as “hip”, according to Mickey.

He expressed frustration that regulators are not clamping down on Uber’s business.

“They don’t care what happens to the taxi industry and taxi drivers.”

When contacted by The News, the Taxi Services Commission said it will not comment while legal action, brought by the TSC against Uber, is before Australian courts.

Mickey said “the TSC needs to understand it exists if taxis are on the road. The TSC does not exist if there are no taxis on the road”.

He suggested confiscating Uber drivers’ cars to “inconvenience them” since the company is apparently paying any fines.

Uber has not replied to questions by The News about its Frankston and peninsula operations.

“You can’t legislate private cars… if someone has an accident [in an Uber car] who is going to pay for it?

“I have children… I don’t want my children to get into one of those Uber cars because you don’t know who’s driving it… what about police checks?”

Uber has offices in Melbourne, Sydney and Brisbane. Its uberBLACK service is a legitimate private hire car business but its uberX offering is unregulated.

“Why are they not being raided?” Mrs Spanos asked.

“I’d like their offices stormed and closed down and every one of those drivers held accountable because they know they’re breaking the law.”