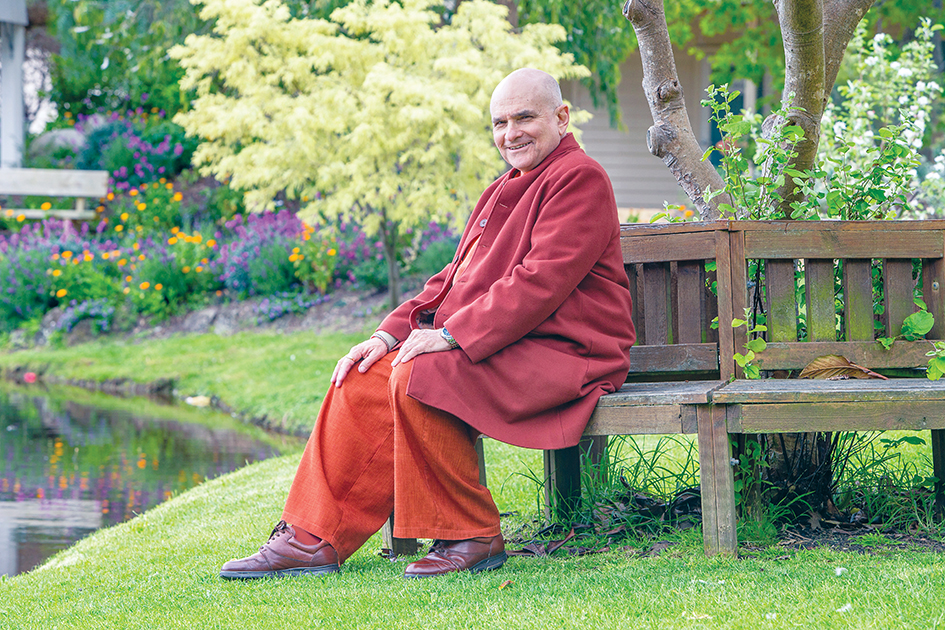 LIKE ripples from a pebble tossed into a still pond, revelations of sexual impropriety at the Mt Eliza-based Shiva School of Meditation and Yoga have been echoing around the world.

The ripples have left a string of fractured and broken friendships and relationships in their wake.

Announced first to “members” of the school and ashram and then published in The News, the revelations that the school’s founder Swami Shankarananda had admitted to having secret sexual relations with women devotees was soon picked up by national news organisations.

Inevitably, it has also become a source of comment on social media, mostly on a website set up by disaffected followers of the swami but also well-established sites such as Facebook’s Guruphilia and the leavingsiddhayoga website. The leavingshivayoga website established by disaffected former members of the Shiva school provides advice and information to anyone feeling hurt or betrayed.

The school has also offered counselling, but it seems its customers – devotees, or followers, of Swami Shankarananda (also known as Swamiji and Russell Kruckman) – are staying away in droves.

The social media discussions have ranged from criticism of Swami Shankarananda to “failed” gurus and estimates of the ashram’s accumulated wealth.

One former member of the school said attendances at Satsang (a regular Saturday night event) had fallen from about 350 to 60.

“It breaks my heart that our beautiful Satsang [gathering for the truth] has been shaken and split by anger and confusion,” the 72-year-old United States-born swami wrote in a letter seeking forgiveness from ashram members.
A former member, who does not wish to be identified, is one of several people behind the leavingshivayoga website, “a kind of open source project run by ex-devotees … created by a group of us … [to] hit back at Shiva yoga as soon as it became apparent that what they intended to do was whitewash the issue …”.

There is no mention of the problems caused by Swami Shankarananda’s admissions on the ashram’s own shivayoga website, although a $1330 ($800 days only) live-in summer retreat is listed as postponed.

The former member claims the ashram has adopted a “bunker mentality”, with friendships and relationships being strained or, at worst, severed. Devotees who have stayed are being told not to speak “to anybody who left as we are apparently lost in enmity and hatred”.

There are also claims that the remaining devotees are being told to chant the 60-verse Guru-Gita for about two hours each day.

The Shiva school, through management committee member Stephen Stanford, has declined to respond to allegations made by some of those behind the website.

Operated by not-for-profit Shiva Yoga Incorporated, the school runs a live-in ashram on expansive grounds complete with lake and manicured gardens in Tower Rd. Several houses in the surrounding area are either owned by the ashram or its members.

Shiva Yoga Incorporated is billed for municipal rates by Mornington Peninsula Shire but is exempt from paying income tax, receives a GST concession and can claim a FBT (fringe benefits tax) rebate.

Former members claim Shiva Yoga “generated tens of thousands in cash” from its programs. “Put it this way, an ordinary one-day intensive program would typically cost $175 to attend, and they would get at least 200 people. Work that out.”

It now appears hundreds of people have stopped attending classes and meetings at the ashram since Swami Shankarananda – known to his followers as Swamiji – confessed to “secret sexual relations” with an undisclosed number of women.

While the school called in mediator Callum Campbell, CEO of the Australian Mediation Association, to come up with a solution to the crisis, it says his findings are confidential.

The management committee of Shiva Yoga has also declined to provide information beyond three statements which, after stating that Swami Shankarananda admitted sexual impropriety, said he would remain spiritual director.

The guru regretted and apologised for his actions and the managers said a “Dharma committee” was writing a code of conduct that would be required to be followed by all at the school, including its spiritual leader.

The management committee said it had “legal advice that, based on the information known, there is no basis for any criminal complaint”.

“Nonetheless, the committee is aware that the activities in question raise a number of potential ethical issues, and is urgently implementing … internal processes to address any grievances as a result of past actions and the perceived risk of any future misconduct.”

A person involved with the leavingshivayoga website has told The News that several women have made statements to police.

The website last week claimed an “ex-Shiva Yoga community member”, who participated in the mediation run by Callum Campbell, said his findings had been handed to the school’s management committee.

“As predicted, Shiva Yoga’s way of handling the fact that so many people have been hurt by the organisation and its leaders is to do and say nothing and carry on with the show.”

Shiva Yoga’s management committee spokesman Stephen Stanford said details of the mediation process “are confidential and we do not wish to comment further”.

The committee declined to respond to a number of question from The News including:

Who is the ultimate owner of the ashram?

If Swamiji was legally Russell Kruckman, who is Joshua Russell Cross, a name listed on at least one website as having the address 27 Tower Rd, Mt Eliza?

Was Joshua Russell Cross a name formally used by Swamiji?

Why did Swamiji leave an ashram in Ann Arbor, United States?

How many people have “left” the Mt Eliza ashram since the allegations were made against Swamiji?

Have any previous or current devotees or members of the ashram demanded a return of their donations?

“The ashram does not wish to add any further to the statements it has publicly released,” Mr Stanford said.

The statement issued by the ashram’s management committee in January admitted “many people are hurt, angry and confused”.

A commentator on the Facebook page Guruphilia called the Shiva school’s initial response “outrageous … we have spoken to some of the women involved and heard their heartbreaking personal accounts in detail, and we see nothing in his actions that could in any way be called tantric or yogic, healing or spiritual”.

The site said Swami Shankarananda was involved in advising devotees about many aspects of their lives, including personal relationships, “when to get a new job or leave one, where to live”.

The News has been told that “ashramites do most of the work there, with people who visit the ashram helping, cooking and cleaning and gardening” while the leaders “have all their meals made for them, clothes cleaned and ironed, rooms cleaned, beds made … they live like king and queen”.

As well as providing a place for discussion of the yoga school, the leavingshivayoga website has also attracted the attention of Integrative Psychology, which supplied two papers: What is a cult and What’s the difference between a cult and another organisation?

“The prospective devotee is wooed with the promise of reward [such as spiritual growth or enlightenment]… the cult leader becomes like a genie holding out the promise of wish fulfilment.

“Research supports the idea that the majority of people who become involved with cults do so at such times [of major stress] and in fact do not have a prior psychological condition.”

“…Asserting that one human being fundamentally knows what’s best for another is authoritarian. If this is accepted, it sets up a chain of inevitable relational patterns that are detrimental to all players of the game.”