Riders take to the road in memory of Luke 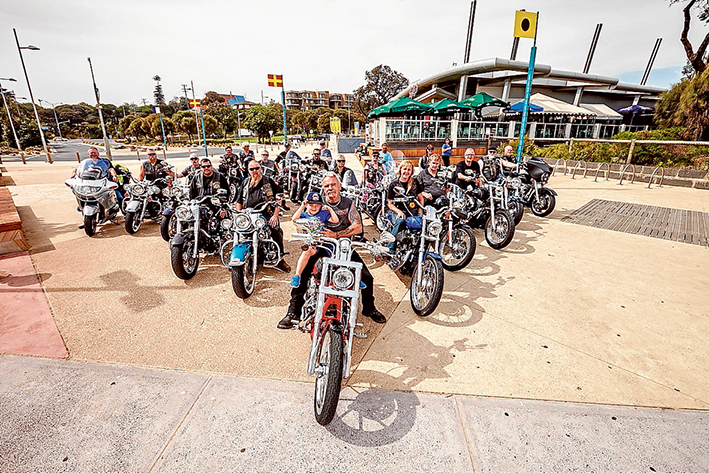 AUSTRALIAN of the Year Rosie Batty is taking time out from official duties for a motorbike ride.

The inaugural Luke Batty Memorial Ride was held last year three weeks after 11-year-old Luke was killed by his father after cricket training at Tyabb.

Since then, Rosie batty has become a high profile symbol for the growing anti-domestic violence movement.

And with her being named by the Prime Minister Tony Abbott as Australian of the Year and a Royal Commission into domestic violence about to begin in Victoria, she is guaranteed never to be far from the limelight.

Ms Batty will be a pillion passenger on a bike ridden by a member of the Dandenong Hogs motorcycle club for the second ride dedicated to her son.

“I thought ‘how can I change this’,” Mr Taylor said last week.

“I organised the ride to pay respect to Luke and make a statement on how men should behave.

“No one’s perfect and we’ve all been in trouble. But you live and learn – there’s got to be a better way.”

Mr Taylor says 70 motorbikes took part last year but estimates there could be up to 300 leaving from the car park near Frankston pier on Saturday 14 March.

They will have a police escort for the 37 kilometre ride to Rosebud Church of Christ where “prayers will be spoken and strong words said”.

Mr Taylor, a member of the Two Bays branch of the Ulysses motorcycle club, said the Luke Batty ride would leave Frankston at 9am Saturday 14 March.