The Hillmen bounce back 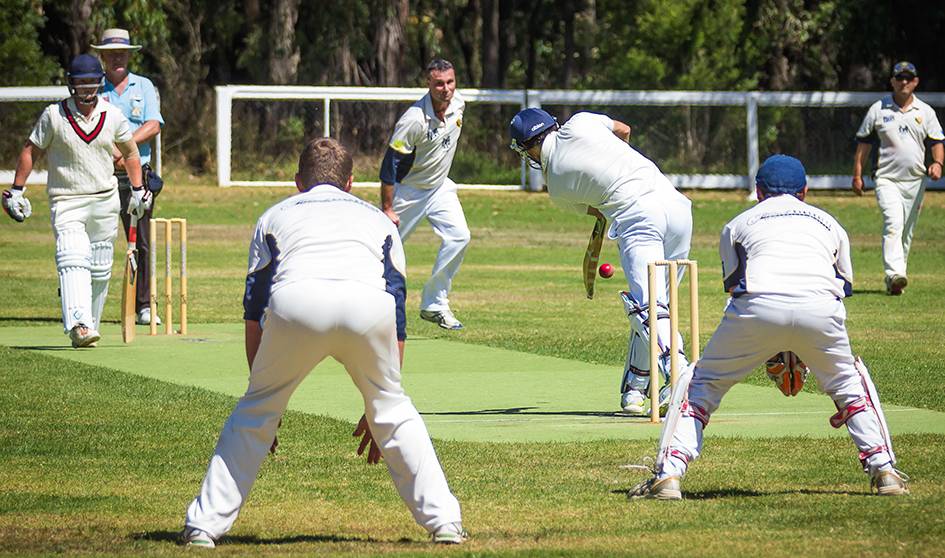 ONLY four of the six scheduled MPCA District matches got starts on Saturday.

Seaford and Carrum, a critical match in the context of the season, as well as Somerville and Boneo, will be played this Saturday in a one day format.

There was no stopping Red Hill though, who bounced back from their first loss of the season last week to post a massive 3/347 against Flinders at BA Cairns Reserve.

However, despite posting the massive score, there were no triple figures from any of the five Hillmen bats who went out into the middle. Mind you, none of them failed with the bat and they all made more than solid contributions.

Riley Shaw top scored for the visitors with 92, Simon Dart was unbeaten on 79, Rheede Hopgood made 72, Nick Shaw helped himself to 42 and Matthew Merifield blasted 57.

Eight Flinders’ bowlers rolled their arm over in a bid to try and slow Red Hill down.

Flinders will have their work cut out this weekend to try and run down the total.

Main Ridge has a wonderful opportunity to really threaten the top four after getting the better of Mt Martha on Saturday.

Going into the clash, the Ridge (sixth) were half a game behind third placed Mt Martha, fourth placed Carrum and fifth-placed Seaford.

The Ridge have the Reds on the ropes. Mt Martha was bowled out for 154 on Saturday, Scott Millar getting three wickets.

The Blues racked up 168 on Saturday after Timmy Birch came to the rescue again with an unbeaten 41.

John Harrison wound back the clock for the Braves with 4/69.

Seaford Tigers and Delacombe Park will go down to the wire.

The Tigers batted first on Saturday and made 161 with David James top scoring with 51 and Jack Brooking scoring 38. Shane Deal was again at his best for the Parkers with 4/36.