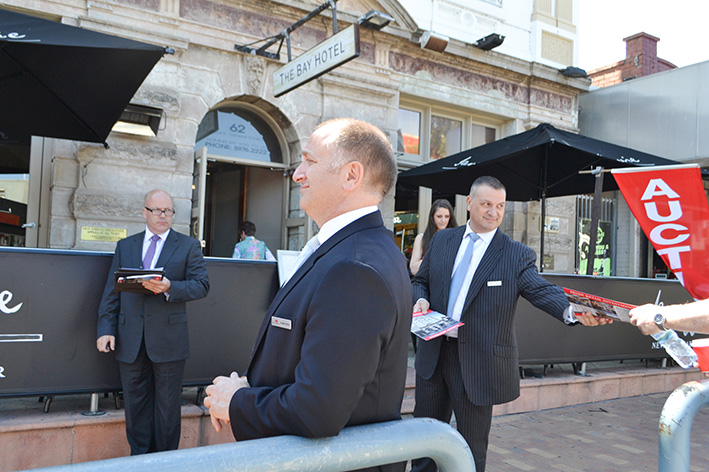 A CROWD of 60-70 people attended Friday’s auction of the Bay Hotel, 62 Main St, Mornington, which was sold for $6.1 million.

The new owners, a group of investors from Balwyn, bought the two-storey building of 732 square metres and land area of 552 square metres with rear laneway access.

“They are happy and the vendors – a group of locals – are also happy,” Jacobs & Lowe’s Peter Skewes said.