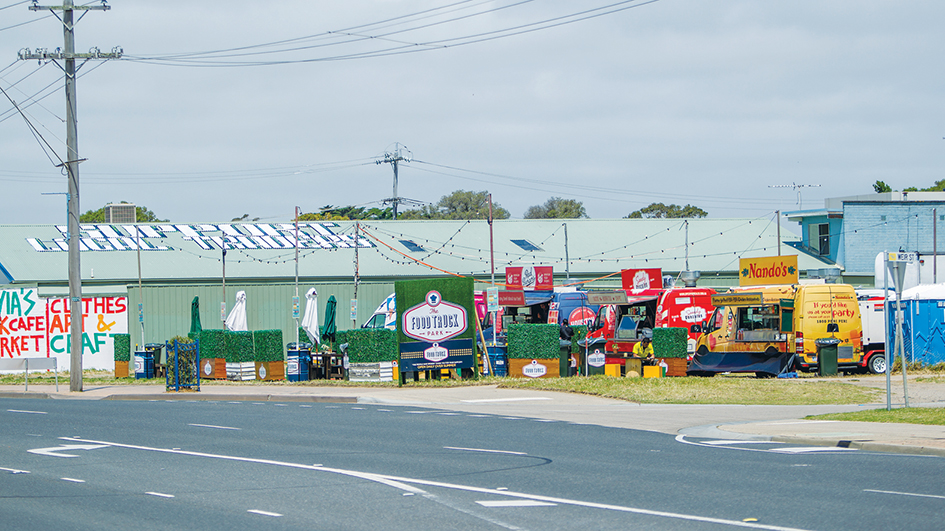 THE state planning tribunal VCAT has been told food trucks will not return to Rye.

The claim was made in the Victorian Civil and Administrative Tribunal last month during a hearing instigated by Rye traders led by one of the town’s restaurants, Baha Tacos.

Traders were seeking a declaration from the tribunal that food trucks would not return to the town unless a planning application was submitted to and approved by Mornington Pe­nin­sula Shire.

The case had its genesis last Novem­ber when food truck traders under the banner of Australian Mobile Food Ven­dors Group set up on a vacant block on the corner of Weir St and Point Nepean Rd.

The move angered Rye traders, spark­ing protests and anti-food truck signs. Traders sought relief from the shire but were told it had no power to stop the enterprise. This was spelt out in a letter from the shire to traders in early January.

It was revealed in February this was incorrect and that a planning ap­plication was required (“Food trucks move to VCAT”, The News, 16/2/15).

In early January, traders sought a VCAT hearing, which was conducted on 20 February. Traders were represented by Portsea legal firm Moreheads Lawyers.

But the food trucks had moved out on 13, 14 and 15 February, and the tri­bunal disallowed an enforcement ap­pli­cation, saying it would not deal with a hypothetical situation. If the trucks returned, the case could be brought back to the tribunal, legal representatives were told.

Traders went to VCAT to try and stop food truck owners setting up at Eas­ter or again next summer.

The tribunal has asked all parties to submit cost applications. The News understands Rye traders will attempt to recover costs of about $5000.

It is understood traders did not want to seek an urgent injunction late last year to stop the trucks as they would have been liable for loss of income claims if the traders’ case was unsuccessful.

At the 20 February hearing, the shire’s lawyers, Maddocks, told the VCAT that the shire had changed its mind about the need for a planning application. Such an application would now be required.

The food truck traders’ lawyers, Best Hooper, told the tribunal its clients had no intention of returning to Rye.

Food truck operators sold up to 500 meals a night between November and mid-February.

The land is now being used as a car park.

Claire Smith, the shire’s environment protection and community safety, said: “On 20 February VCAT disallowed an application by one of the Rye traders for an enforcement order against the food truck operators and property owner in relation to the use of the land for the food trucks.

“At the hearing on 20 February the VCAT member invited parties to submit application for costs. Those applications must be submitted by 20 March after which the VCAT member will determine the matter. As this matter is subject to a tribunal decision, no further comment can be provided.”