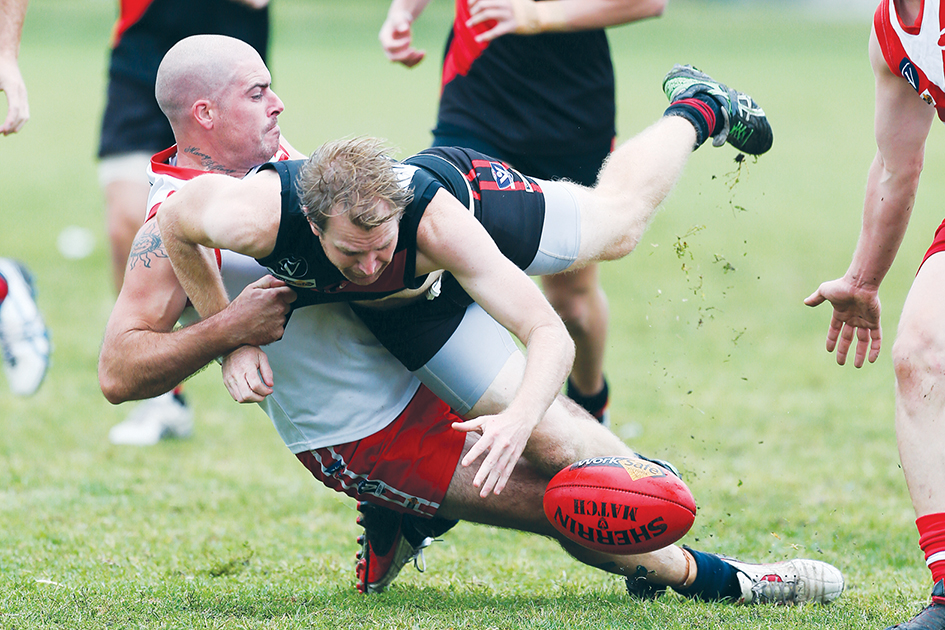 EDITHVALE and Bonbeach will launch the 2015 Peninsula League football season on Good Friday.

There has been enormous talk about both clubs in the pre-season but both should still be thinking about finals in 2015.

Edithvale should be eyeing off a place in the top three, given it has sensational teenagers coming through the system, as well as the fact that Brett O’Hanlon has returned from Richmond.

Bookends Nick Connellan and Brent Bowden are noticeable departures but they haven’t really lost a lot of others.

Some quality teenagers have gone to try their hand in the VFL but that still doesn’t change the fact that they have retained many others.

Brad Tagg was a player many thought was leaving but he has remained, as have the recruits that they picked-up the year before.

Bonbeach on the other hand have lost plenty. How they recover from this will be interesting to watch.

A big recruit for the Sharks has been former Collingwood and Carlton ruckman Chris Bryan. The Sharks’ reserves also played finals footy last season, so there is an element of depth.
On Easter Saturday, another massive contest is Pines v Seaford.

The Tigers were just OK last season and have lost Tom Shaw, who is a massive out. They do regain Pat Cadd and Chris Fortnam from Pearcedale but they are past their best.

Coach Ben Crowe needs to have a massive year and the many kids he introduced last season need to take the next step.

Pines has been a talking point in the off season.

Former Richmond, North Melbourne and West Coast Eagle forward Aaron Edwards has been the talk of the town.

He will play a little higher up the ground while Guy Hendry remains the focal point.

Luke Potts, a Pines boy, he returns home to where it all began.

Despite the two big recruits new coach and former Python premiership player Pat Swayne believes structures and natural improvement will be where significant change is seen.

“I think Pines went through the motions last year and played without a lot of game style or structure,” Swayne said.

“We have worked tirelessly on this over the summer and believe we have a system that is capable of being really competitive.

“Our practice match form against Cranbourne, Rowville and Rosebud has been solid and I’m confident we’ll be more competitive than we were last season.

“Other than Frankston YCW, who is the reigning premier and stand-out, I think the season is wide open.

“Our quality of depth has improved, there’s a real hunger amongst the group and I think we have genuinely 32 guys vying for a senior spot each week. That’s great for the club,” Swayne said.

Around the other clubs, Frankston YCW has added guns Anthony Bruhn and Paul Minchington from Frankston YCW, along with Lew Roberts, who returns, and Luke Collins, a star onballer who has played in Sale for the past three seasons.

They lose the likes of Josh Westerman and Billy Rolfe to Somerville and Anthony Barry to the VFL but the premiers will still be the yardstick.

Karingal, under the guidance of new coach Michael Burke, is likely to improve but hold up the rest of the table.

There’s eight teams who all have genuine claims on a top three spot.