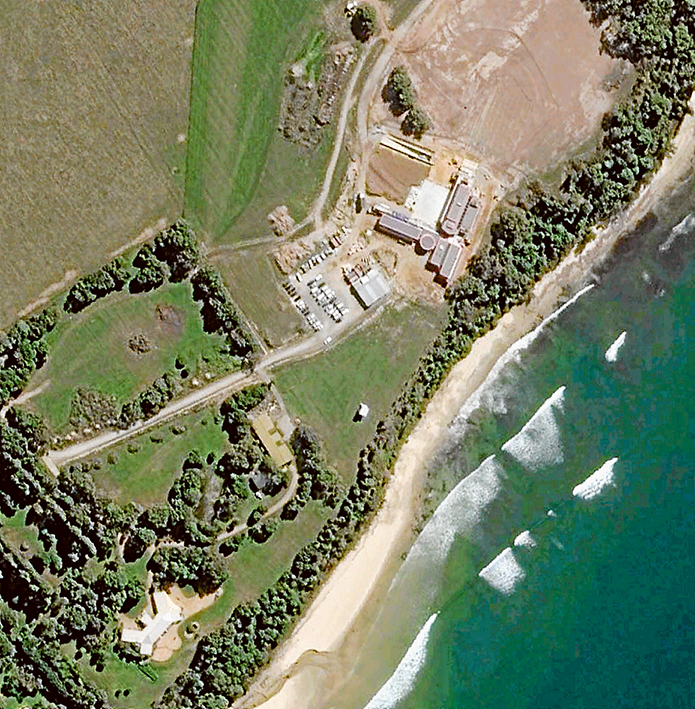 A VCAT appeal by Melbourne billionaire John Gandel against shire councillors’ rejection of a restaurant and sculpture park development in Merricks has been headed off following approval of a revised application that resolves major planning problems in the earlier proposal.

Councillors voted on Monday 23 March in favour of the revised plan, which consolidates blocks of land to satisfy green wedge requirement that a restaurant cannot be built on land less than 40 hectares and must be “in conjunction with” agriculture – in this case, a vineyard, now included on the restaurant land.

The Victorian and Civil Administrative Tribunal case, which was set down for five days from 13 April, would have been costly for the Gandels and the shire.

The original proposal was to put the huge development on just 6.6 hectares (16.3 acres), with vines growing on another of the four titles in the Gandel cluster. It argued that a heritage overlay containing two old farm buildings permitted the development on the “undersize” land parcel.

But it also sought partial relocation of the buildings to an area outside the overlay. The new proposal allows the relocation, with the heritage overlay moving with the buildings and stringent conditions imposed on their renovation and maintenance.

A heritage management plan is a condition of the permit, “to bring about a quality restoration of the heritage buildings and for the future use and any maintenance works to the buildings”.

This is “to ensure their ongoing maintenance and retention in perpetuity, and to ensure the buildings play an appropriate role in the recreational use of the land as a sculpture park”, the condition states.

Mr Gandel, who turns 90 this year, is said to be worth $3.6 billion. He is known for philanthropy focused on medicine and art. He donated $7.5 million to the National Gallery of Australia in 2010. His sculpture park is intended to provide public access to works the family has collected over many years.

The approved plan will comprise the 150-seat restaurant and sculpture park, cellar door, wine store and art gallery. The four blocks have been reduced to three; one of 47ha, one of 9.7ha and the third, which includes a house, of 8.6ha (116, 24 and 21 acres respectively).

Council officers were strongly supportive of the original proposal, describing it as “unique” and “one of those rare occasions where a prohibited land use can be approved”.

The heritage overlay provision, that allows otherwise prohibited uses, “may be viewed as a key to ‘opening a door’ … where there is an expectation that ‘once through the door’ what will be seen will be truly worthy of having provided the key to open that door”, the report said.

The original application spoke warmly of the heritage features. It said the aim was “to expand the heritage and cultural profile of the site”.

The aim is still to move and preserve what is now described as the “not particularly noteworthy” farmhouse and an earth wall outbuilding.
The application originally came to council last November. It lapsed for want of a seconder to Cr Antonella Celi’s motion to approve the application. Four Celi allies – David Gibb, Anne Shaw, Andrew Dixon and David Garnock – were not at the meeting. Officers then prepared nine grounds for rejection for councillors to approve.

Boundary alignment has been a problem for years at the Gandel family compound. In 2010 councillors approved a separate application for a now nearly completed luxury house on the land, but stipulated that two of the blocks be consolidated because the house straddled a boundary. Some reports claim the house has cost up to $50 million.

Three years later Mr Gandel, whose interests include half of Chadstone shopping centre, returned to council seeking to retain the properties on individual titles and leave the new house largely where it was.

Councillors were told that consolidating the blocks would cost Mr Gandel about $811,000 in capital gains tax and stamp duty. A senior planner described this as “overly onerous and therefore unreasonable”.

Councillors led by Andrew Dixon and the then Red Hill Ward incumbent Frank Martin agreed. The condition was deleted. The house is on the same land parcel as the restaurant and sculpture park.