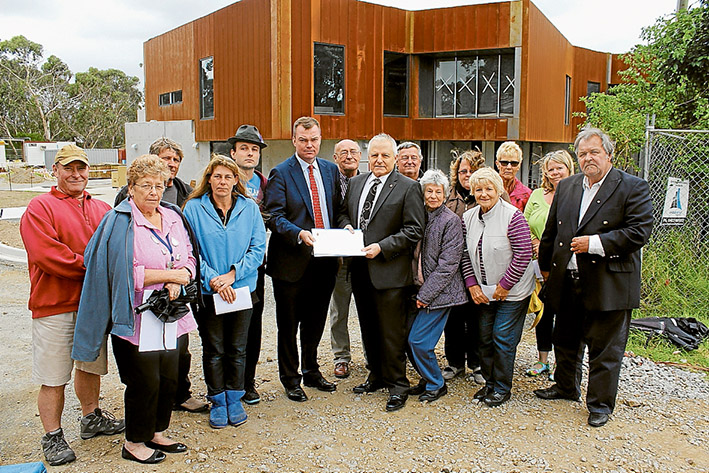 LIBERAL MPs have been accused of wrongly blaming the state government for not giving public access to the soon-to-be-opened Somerville police station.

Mr Noonan decisions about police numbers and public access were made by the Chief Commissioner, not the government.

“Under the Napthine government, changes were made that enshrined in law the independence of the Chief Commissioner to make determinations over the deployment of police to specific locations,” Mr Noon said.

“This includes determining the hours of operations of police stations across the state.”

In a joint news release the two MPs – members of the Napthine government which lost power in the November 2014 election – last week criticised the lack of public access to the new Somerville station.

Victoria Police confirmed that the 80 police stationed at Somerville will come from Frankston and elsewhere on the Mornington Peninsula.

There will be no “counter service”, although a police spokeswoman said the public can seek help by calling 000 or go to “nearby” police stations at Hastings or Mornington.

“The decision not to open Somerville as a 16-hour station has been made the by the Chief Commissioner rather than the government,” Mr Wade said.

“The Liberal members are conveniently misleading the community on this issue.

“Police are currently working out how they will staff the station.

“But, whatever decision they come to, the residents of the Mornington Peninsula, including Somerville, will get a 24-hour police response from frontline officers every day of the year.”
Mr Burgess last week told The News that the “expectation of the community was that the new Somerville police station would be open and operational in the coming days”.

“The Andrews Labor government has turned its back on the Somerville community,” he said.

“The previous Coalition government, which was committed to community safety, planned for our growing community by allocating $16.3 million to build the new police station the area desperately needed.

“It is a disgrace that [the Premier] Dan Andrews is ignoring the safety concerns of our growing community.”